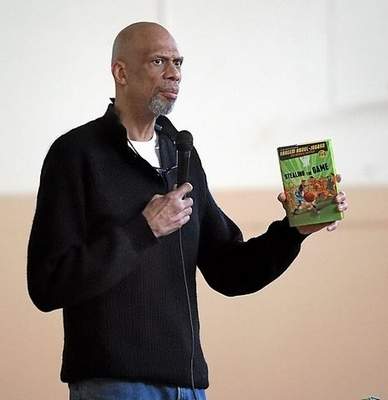 Former Lakers and UCLA center Kareem Abdul-Jabbar underwent quadruple bypass surgery on his 68th birthday on Thursday at Ronald Reagan UCLA Medical Center after being admitted this week with a cardiovascular disease.

UCLA’s chief of cardiac surgery Dr. Richard Shemin said in a statement released by the university that he expects Abdul-Jabbar to make a full recovery. The statement also read that Abdul-Jabbar, his physician and spokesperson will not provide any interviews or additional information.

“At this time, Abdul-Jabbar would like to thank his surgical team and the medical staff at UCLA, his alma mater, for the excellent care he has received,” the statement read. “He is looking forward to getting back to his normal activities soon.”

Abdul-Jabbar was also diagnosed with a rare form of leukemia on Nov. 2009, but he has since said then that he has fully recovered from his illness. Lately, Abdul-Jabbar has remained busy co-authoring numerous books, the latest titled ‘Stealing the Game,’ a novel targeted to pre-teen kids that was released in Feb. 2015.

After winning two national championships with the Bruins under the late John Wooden, Abdul-Jabbar was drafted to the Milwaukee Bucks before they traded him in 1975 to the Lakers. He then won five of his six NBA titles with the Showtime Lakers and remained as the NBA’s all-time leading scorer, an impact that both cemented himself as one of the game’s all-time great centers and resulted in a statue being built outside Staples Center in 2012.

“He asks that you keep him in your thoughts and, most importantly, cherish and live each day to its fullest,” the UCLA statement read. “For those wanting to send well wishes, he thanks you in advance and asks that you support those in your own community who may be suffering from various health issues.”

Kareem Abdul-Jabbar: Kobe Bryant “doesn’t have anything left to prove”