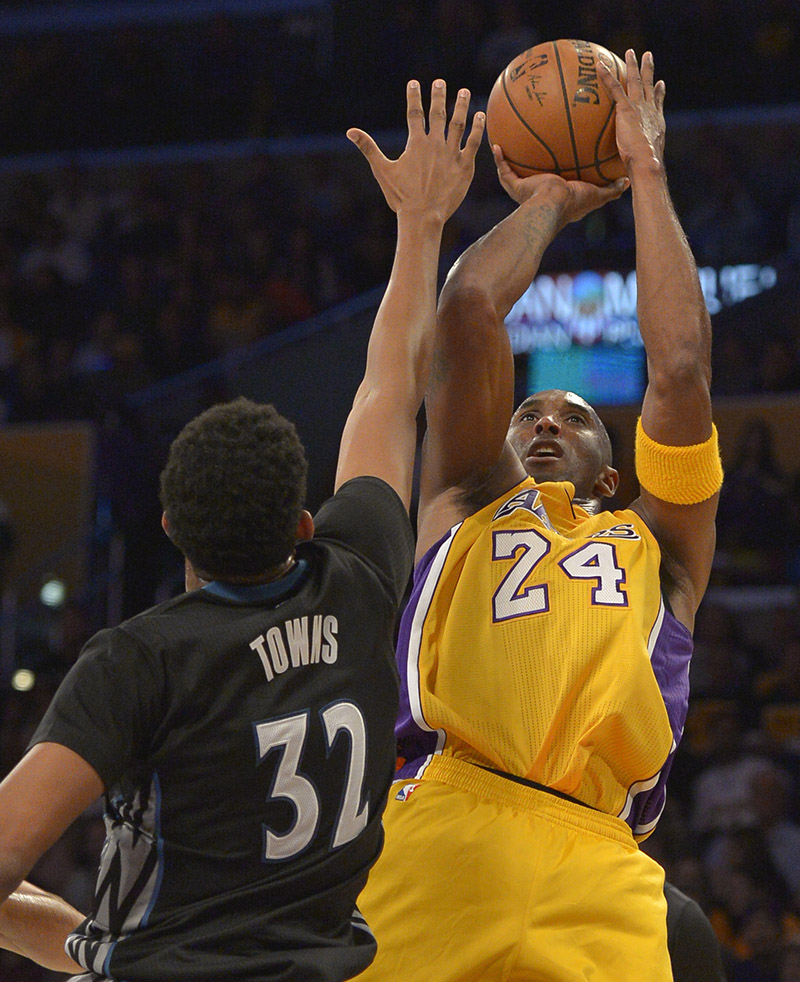 Rarely will Lakers coach Byron Scott question Kobe Bryant on much. Scott has admired Bryant’s work ethic ever since mentoring him his rookie season. Scott often defended Bryant’s high-volume shooting last season both because of his talent and lack of supporting cast.

But Scott has taken issue with Bryant going 3-of-13 from three-point range in the Lakers’ 112-111 season-opening loss to the Minnesota Timberwolves on Wednesday at Staples Center. Scott also said it was a “little too much” for the Lakers to go 9-of-35 from the perimeter. Scott ideally wants his team to take about 20 to 25 3-pointers per game, but what about Bryant?

“If he’s making them, he can take 13,” Scott said, smiling. “That’ll be great. I don’t know if there’s an ideal number. What we talked about earlier is to get to those three spots – the post, mid post and elbow area – a little bit more. He can be more effective down there.”

Bryant looked initially effective in his first appearance since missing the previous three exhibiton games with soreness in his left leg. But Bryant then missed all five of his shots in fourth quarter, two of which were 3-point attempts. Yet, Bryant shot 9-of-24 from 3-point range in five preseason appearances in catch-and-shoot opportunities at small forward.

Bryant mostly agreed with Scott before resorting to playful sarcasm.