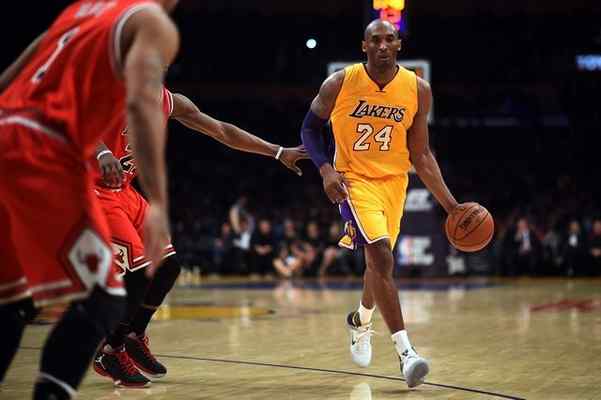 The video tributes and standing ovations have played like a continuous loop. Kobe Bryant has greeted each opposing venue with warmth and nostalgia after they once welcomed him with boos and jeers.

But after the Lakers took a three-game trip all with stops Bryant visited for the last time, that farewell tour will not extend back to Los Angeles for at least one night. Bryant will sit out when the Lakers (11-48) host the Memphis Grizzlies (33-23) on Friday at Staples Center because of soreness in his right shoulder.

“It might have been one of those days where he slept wrong and woke up and it was a little sore,” Lakers coach Byron Scott said.

Scott reported the Lakers did not become aware of Bryant’s increased pain in his surgically repaired shoulder until he alerted head athletic trainer Gary Vitti at about 2 p.m. on Friday. But Bryant’s absence coincides with the Lakers having a heavy homestand in the next month, which may or may not be related.

Bryant will have four days to recover before the Lakers next play against Brooklyn on Tuesday at Staples Center.

“The next couple of days, it’s just about getting that thing as manageable as possible hopefully where he feels no pain,” Scott said. “He does a real good job of taking acre of himself. That’s nothing we worry about it, and when he says he’s ready, he’s ready.”

Bryant also does not have the guilt of missing one of the next 13 games at Staples Center this month as he would with final stops in Denver (March 2), Phoenix (March 23) and Utah (March 28).

“It all depends on how he feels,” Scott said. “I know his obligation to the fans here at home and to the fans on the road that are going to see him for the very last time. We still have a bunch of home games left. I do kind of look at it where he might take a couple of those games off.”

Bryant has missed 11 games this season with an equal mix of both games at home (six) and on the road (five), though that also included a designated away game against the Clippers at Staples Center. Bryant also missed three consecutive home games in January because of soreness in his right shoulder before returning on Jan 7 at Sacramento.

Lakers rookie forward Anthony Brown will start in Bryant’s place. Though Brown missed five of the last six games after spraining his right ankle, Brown has started in eight of the 11 games Bryant missed and averaged 4.6 points on 27.1 percent shooting in 28.6 minutes during that stretch.