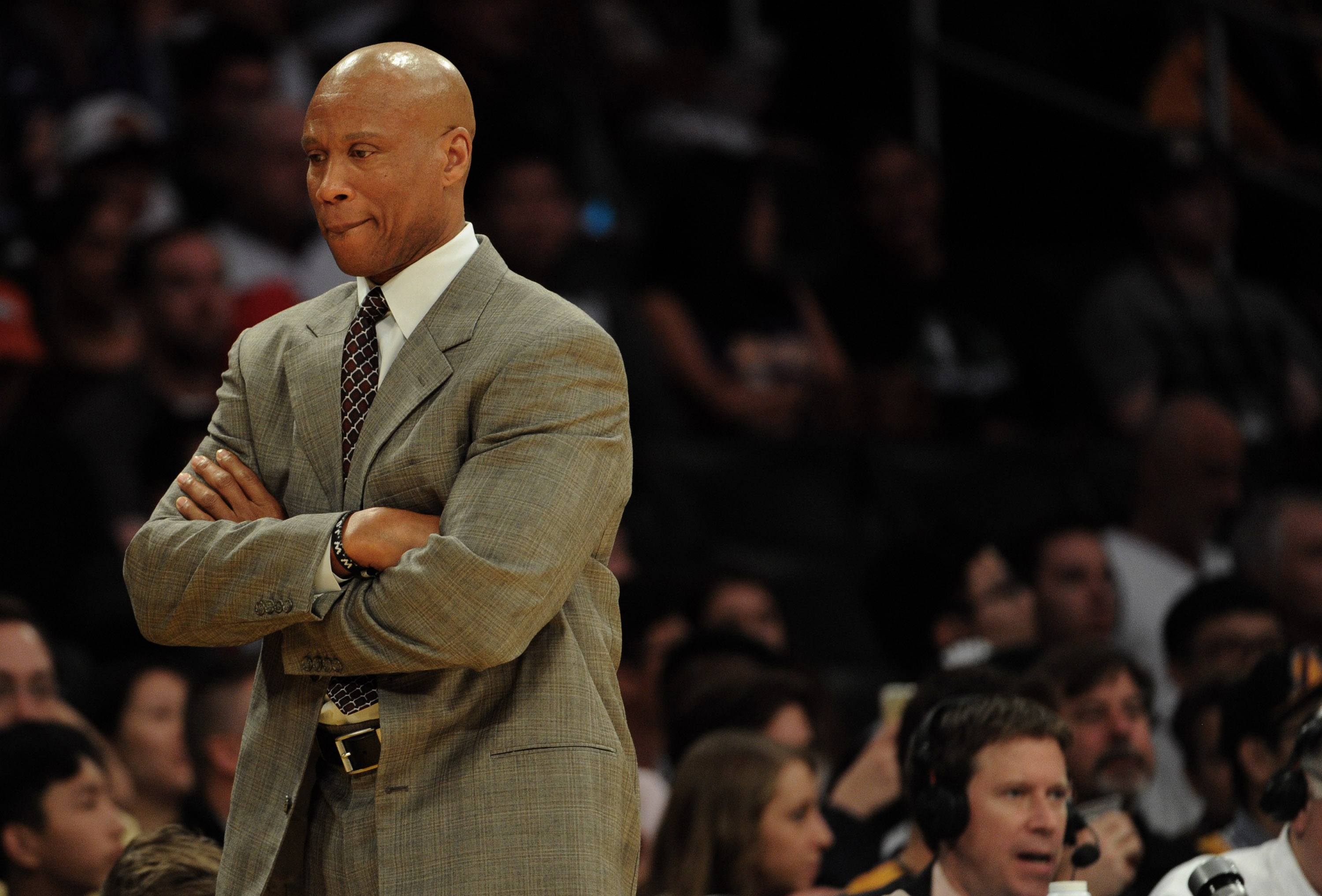 Among all the things that will bring a smile to Byron Scott’s face, no amount of rare victories or youth development will make the Lakers coach feel as elated as what could happen nearly two months from now.

Then, Kobe Bryant will play in his final game in the Lakers’ season-finale against the Utah Jazz on April 13 at Staples Center. Then, Scott outlined one very specific wish that goes beyond Bryant having a vintage performance or leading his team to a win.

“The last home game here, I want him to be able to walk off the court,” Scott said after practice on Monday at the Lakers’ practice facility in El Segundo. “That’s the main thing I want to accomplish this season.”

So to do that, Scott will continue a season-long strategy in which Bryant will miss shootarounds and practices, which also included Monday’s session. Bryant could miss any of the Lakers’ 22 remaining games. But Scott expects Bryant will play when the Lakers (11-49) have a back-to-back slate on Tuesday against the Brooklyn Nets (17-42) at Staples Center and on Wednesday in Denver (23-36). During that time, Scott plans to play Bryant around 27 or 28 minutes, slightly under his season average of 29.2 minutes per game.

Though Bryant has missed 11 games this season amid varying injuries to his back, right Achilles and right shoulder, Scott pinpointed one specific area on how the Lakers’ 37-year-old star has avoided suffering a season-ending injury. That marked a stark contrast in recent seasons for Bryant, who tore his left Achilles tendon (April 2013), fractured his left knee (Dec. 2013) and tore the rotator cuff in his right shoulder (Jan. 2015).

“Lots of rest and not taxing his body,” Scott said. “He’s at this point in his career where I feel he doesn’t need to practice. He knows about basketball as well as all of our guys put together.”

Hence, Scott laughed when he said Bryant does not need a crash course in the new offensive set the Lakers ran in recent days.

“I explained it to him before we had practice and he was like, I got it. I told him a little bit and he was like, ‘Yeah I got it.’I wasn’t surprised. I knew he would. It’s not a big deal,” Scott said. “There’s not a lot of sets in the NBA that he hasn’t seen. It’s not rocket science when it comes to that. The biggest thing with me is to make sure he finishes the season.”

First things first. Bryant will first likely return for Tuesday’s game against Brooklyn and it could mark one of his more efficient games. In the nine games he has played after three days of rest, Bryant has averaged 19.4 points on a 40 percent clip. That marks a stark increase Bryant’s season-long averages of 17.1 points on a career-low 35 percent shooting.

“That’s normally his MO,” Scott said. “When he gets a couple days of rest, he usually is rejuvenated. Hopefully that helps us tomorrow.”