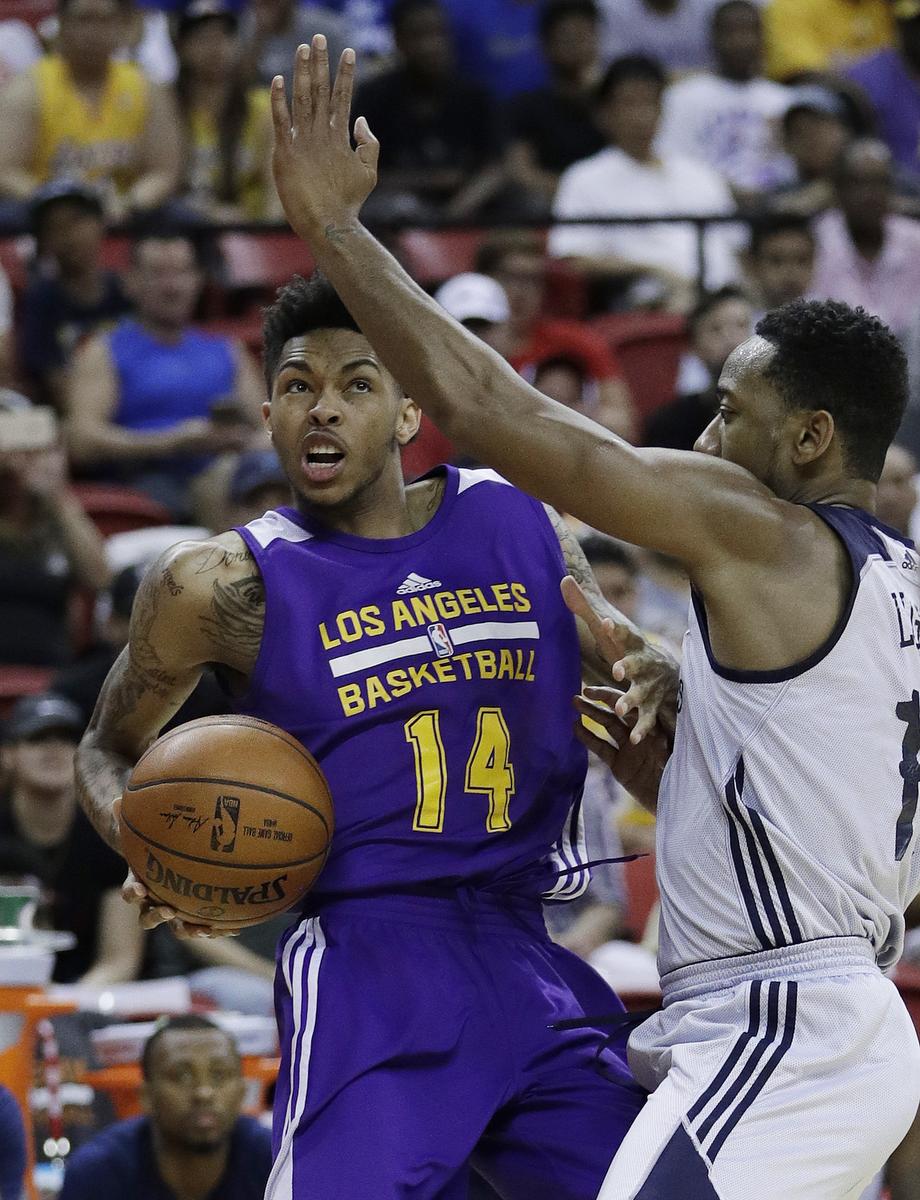 “When guys get physical, I think it’s important to hit them first before they hit you,” Ingram said. “So just trying to be aggressive and try to make plays for my other teammates.”

The most vivid example of Ingram completing that job description points toward his work at the foul line.

With defenders determined to rough him up, Ingram drew some whistles and went 7-of-9 from the charity stripe. Once more physical tests arise when the NBA regular-season starts, Ingram plans to explore additional nuances that could reward him with extra trips to the nail.

“When you’re not knocking shots down, you always have to find another way to impact the game,” Ingram said. “I just try to get to the free-throw line and get some easy shots and get out there defensively.”

Ingram has done that by averaging five rebounds. He also has listened to his teammates’ positive reinforcement during his relative slump.

“I don’t think I expected to miss that many shots, of course, but I thank my teammates for helping me out a lot,” Ingram said. “They still have confidence in me to shoot the next shot and get back on the defensive end.”

Some things are still holding the 18-year-old Ingram back beyond feel the physical strain from suffocating defenses or poor shooting percentages.

“After a few more games, he’ll figure out he doesn’t need shots to fall to get himself going,” Lakers second-year guard D’Angelo Russell said. “He can get a block, a steal, a jump ball, anything just to get himself going. The sooner he realizes that, the better he will be.”

As Russell can attest, that may not happen right away.

“He’s got the tools, so it’s just a matter of time,” Brown said of Ingram. “It’s going to take him some time just with his frame. But you can see flashes.”

During those flashes, the Lakers are seeing Ingram inviting the physical beatings instead of walking away from it. It appears Ingram will take that same attitude with any other hurdle that comes his way.