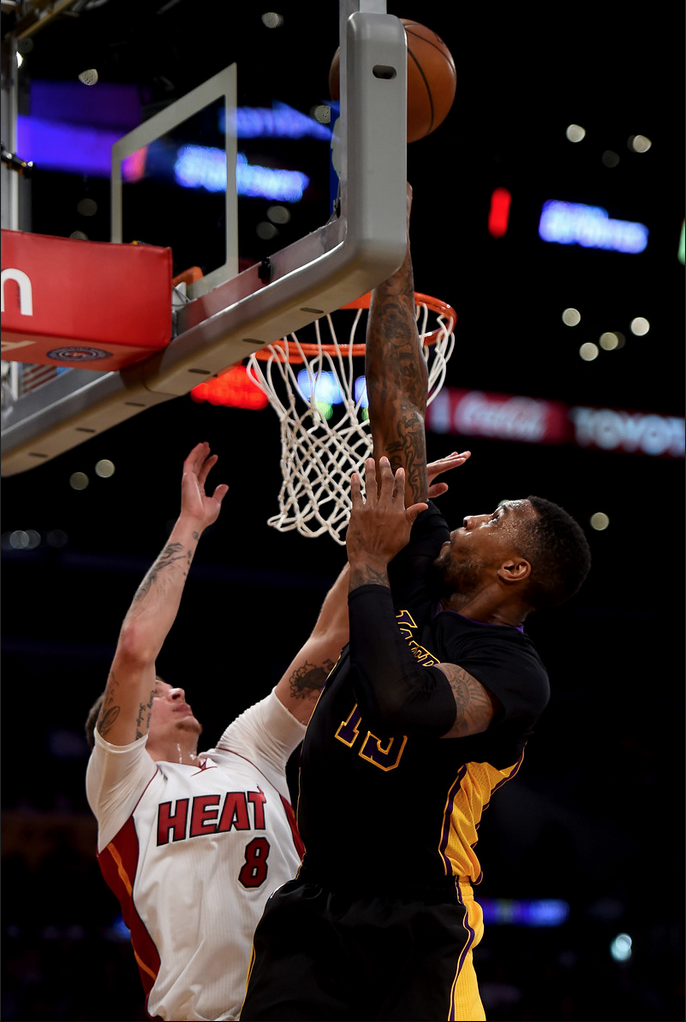 LOS ANGELES – As the Lakers aim to develop their young roster, they have decided to retain an emerging young forward and a veteran fan favorite.

The Lakers plan to keep reserve forwards Thomas Robinson and Metta World Peace past Jan. 10 when their one-year deal at the veteran’s minimum becomes guaranteed.

Though that will not become official until Tuesday, all NBA teams would have had to make potential cuts to their roster by 2 p.m. PT on Saturday to give those players time to clear waivers. The Lakers can still waive Robinson or World Peace later in the season, though they would owe each player their full salary.

Various factors influenced the Lakers’ decision to keep their 15-man roster as is.

The Lakers considered adding a frontcourt player to absorb the absence of reserve forward Larry Nance Jr. who has stayed sidelined the past two weeks with a bone bruise in his left knee. But Lakers General Manager Mitch Kupchak told Southern California News Group that he would have likely felt more inclined to make a roster change had Nance suffered a season-ending injury. The Lakers expect Nance to return in about two weeks.

After the Lakers’ win over Miami on Friday, Lakers coach Luke Walton offered a strong endorsement for the 37-year-old World Peace because of his mentorship presence with a young team. Walton also argued World Peace would be more effective offering those qualities as a player than as a member of his coaching staff.

“I want the guy around our players,” Walton said. “He’s a professional. I think it’s more beneficial when he’s actually in practice and in the trenches with them. But he’s someone that helps the team being around.”