A total of 326 nominees were announced on the boys list, with California having the most nominees with 51 names.
The locals athletes among the names are:

Peters is committed to the University of Colorado on a basketball scholarship. He scored 11 points in the Ron Massey Classic victory over Sunnyside on Jan. 2.

Carter played with the Eagles on Dec. 30 in the third place game of the 2015 MaxPreps Holiday Classic Nike Division Tournament. Carter and the Eagles return to the court tonight in nonleague play against Colony High.

Ball proved to be the key for No. 1 state ranked Chino Hills, who brought home the MaxPreps Holiday Classic Open Division Championship, with a near triple-double performance. Ball scored 31 points with 12 assists, eight rebounds and four blocks against Redondo Union, 96-80. Lonzo also had a 23-point performance against Georgia Jonesboro in the tournament’s semifinal game.

He’s back as boys basketball coach, and it would seem, for the foreseeable future.

John Romagnoli, who first became head coach at Miller High in 1998, is back after his second one-year hiatus since then.

“I realized I was 46 years old and I wasn’t ready to hang it up (for coaching),” Romagnoli said.

Romagnoli’s teams at Miller have probably been the school’s most consistent, missing the playoffs only once (his first season) in 15 years as head coach. After serving as assistant coach to Gary West beginning in 1995, Romagnoli replaced West as head coach in 1998 and was the head coach until he first became athletic director in 2010, when he stepped down to concentrate on that job.

He returned after a year in which Miller missed the playoffs, then served as head basketball coach and athletic director for three years until last year, when the district forced to choose between the two positions. 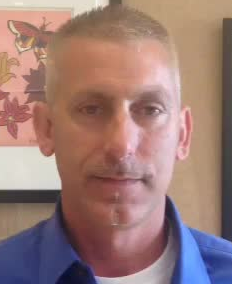 Romagnoli said he chose to remain as athletic director last year because he needed to get ready to move his mother-in-law out from Chicago to live with his family. He said the year away this time (when the team missed the playoffs) was much worse.

“Last time, I took the new (athletic director) job and that was kind of exciting,” he said. “I had coached 10-11 years at that point. Now, I’m completely revitalized, I got the (Inland Valley) all-star game resurrected. … Even when I wasn’t coaching, I was a (basketball) junkie, going to college basketball practices.

“I guess I’m at that point, where the coaching part comes easy. I feel like I’m back.”

School has started at Fontana, and as a result of returning to coaching, Romagnoli had to step down as athletic director and is back teaching. He monitors online classes that Miller students are taking.

“I’m a little bit of a tech guy,” he said. “I really wanted something different.”
So, as a result, long time Miller coach Jeff Omar is taking over as athletic director.

“Jeff’s learning the ropes and I’m there to help him out,” Romagnoli said.

Kameron Edwards and the Etiwanda Eagles defeated the Rancho Cucamonga Cougars, 74-45, in Baseline League play to extend their winning streak to five games.

“It’s definitely a momentum builder, which is exactly what we need going into playoffs,” Edwards said. “We’ve been coming together a lot as a team and its perfect timing.”

Edwards scored 24 points for the Eagles in the game against the Cougars.

Delewis Johnson and Jordan Naughton contributed to the victory with 12 points apiece for the Eagles.

The Damien Spartans remain in first place of the Baseline League with a 7-1 record after defeating Chino Hills. The Eagles are in second place.

When asked about the final stretch of the season, Edwards believes there are still improvements the Eagles can make.

“I think we just have to work on our rotations and making sure all five guys on the floor are in sync,” Edwards stated.

Etiwanda will play against Bishop Gorman in the Nike Extravaganza held at Mater Dei High Feb. 7 before wrapping up league play with a pair of home games against Chino Hills and Upland. 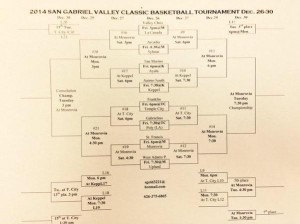 REV and Julian Senegal (battling in white, above), should be one of the favorites in the San Bernardino Kiwanis Tournament

It’s just a few days away, so here’s the schedule for some of the San Bernardino Kiwanis Tournament (boys basketball). Most of the schools are from outside the Inland Valley, but it does include Summit, Fontana, Rialto and Carter

Here is the schedule:

Last season, Walker, a 6-foot-2 guard, averaged 5.0 points and 15.4 minutes per game for New Mexico, the Mountain West Conference champions. Walker graduated from New Mexico in May and will pursue a graduate degree from Grand Canyon. Walker began his college career with one season at Arizona State in 2009 before transferring to New Mexico.

In hindsight, it’s pretty easy to say you would’ve said no  to the tournament offer that fell apart for the Etiwanda boys basketball team, leaving the Eagles a tournament short this season.

Here is what happened. A guy approached Etiwanda boys basketball coach Dave Kleckner months ago, with this offer:

END_OF_DOCUMENT_TOKEN_TO_BE_REPLACED

Here is the box score for the championship game of the Inland Empire Invitational boys basketball tournament on Saturday. The game was played at Miller High School.