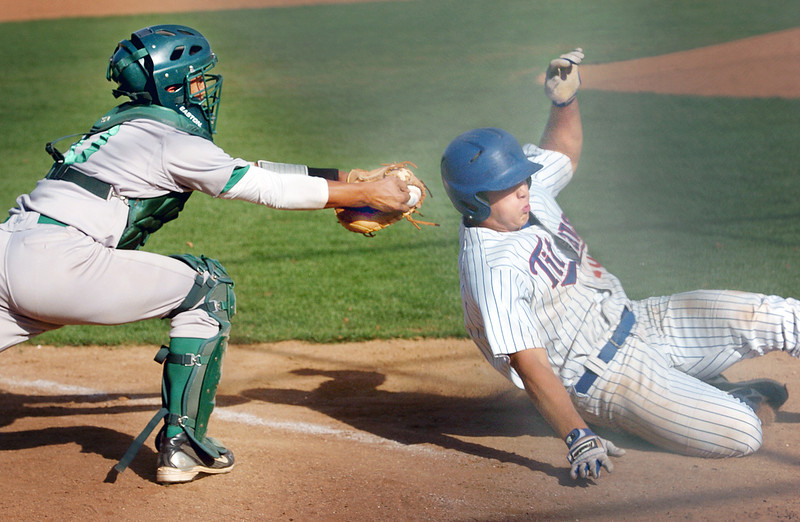 San Marino 3, Monrovia 1 — Titans ace Jeff Bain tossed a one-hitter and kept his team’s hopes for third place in the Rio Hondo League, and a guaranteed playoff spot, alive. Meanwhile, Monrovia’s league title hopes just took a big hit. The Wildcats will enter the final week a game behind first-place La Canada in the league standings … and the Spartans own the tiebreaker after taking two out of three from the Wildcats this spring.

South Pas 10, Temple City 3 — South Pas staved off third-place elimination. I have no deets, but the Tigers finished the regular season 11-13 overall and 5-7 in league.

Monrovia 5, San Marino 1 — Wildcats get one win closer to pulling even with La Canada in first place at 7-3 in league. Pitcher Chris Burkholder was fantastic and a three-run fifth inning blew the game open. San Marino got a decent start from Jeff Chan, but three errors did in the Titans.

Temple City 5, South Pas 1 — Rams frosh pitcher Zechariah Jarrard was filthy and got the win to put his team right in the thick of the race for third place and a guaranteed spot in the D-4 playoffs.