East 42, West 18 — Close to 4,000 fans showed up and Charter Oak’s Aaren Vaughns electrified the crowd with long touchdowns, two on offense and one on defense. Chino Hills’ Matty Ice Simko threw for two scores and ran for another. The East’s defense laid lick after lick, but did catch some breaks in that the West had some drives in East territory stopped on downs. Of course, the East defense had a lot to do with it. Rio Hondo Prep’s Jake Holguin hauled in three touchdowns to lead the West. Don’t anybody give me crap when I rank Rio Hondo Prep high in the SGV(N) Top 25s. I didn’t have my eyes opened to the Kares until this year, but I can tell you they would have done just fine in the Mid-Valley Division or Southeast. Holguin was just one of several all-stars they could have had. The East now leads the series 22-10-2 and has won six straight. Gladstone coach Albert Sanchez goes out a winner and South El Monte’s Pablo Ocegueda provides the feel-good moment by playing despite losing four fingers in a fluke tug-a-war accident earlier this year. 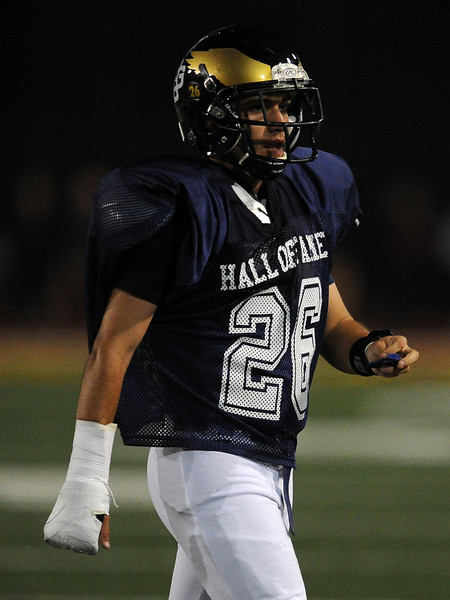