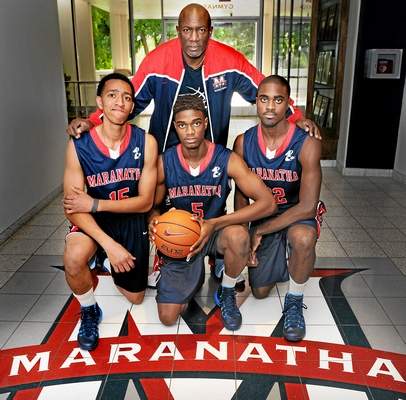 By Aram Tolegian
The big news of the offseason hit like a ton of bricks.
Pasadena High School coaching legend Tim Tucker resigned after 18 successful seasons and soon after resurfaced across town at Maranatha.
Tucker won two CIF-Southern Section championships at Pasadena and 15 league championships, including nine straight on his way out the door.
In the meantime, Pasadena became the area’s unquestioned power. A mantle it assumed from La Canada. Both are public schools. Both are now looking up at private schools as far as the local power struggle is concerned.
Yes, times are a changing. And they’re changing fast. The top team in the area is San Gabriel Academy. That may be hard to swallow for some area hoops junkies, but that’s the reality. After all, it no longer matters what a school’s enrollment is. If there’s five top-notch basketball prospects walking around on a campus of 100 students or a campus of 2,000 students, the bottom line remains the same.
So get ready for a power shift. Sure, Pasadena High will still be solid. Muir will win its share of games. La Canada and Keppel will be forces in their leagues. But the truly elite teams in the area this year reside at tiny San Gabriel Academy and Maranatha.
TO READ FURTHER AND SEE THE TOP TEN, CLICK THE THREAD