OK, there’s “The Producers” and “Mrs. Henderson Presents,” which are at least supposed to be funny. “Walk the Line” qualifies in someone’s mind as a musical because it’s about Johnny Cash, but it strikes me as standard-issue docudrama and there aren’t many laughs in it. Many were surprised that the dark family saga “The Squid and the Whale” was nominated in this category. And “Pride and Prejudice,” while filled with crisp, witty lines, seems too elegant to call a comedy. And many of the nominees in the comedy/musical acting categories didn’t exactly give what you’d call comic performances.

What’s up here? Really funny comedies are desperately few and far between, and this year, we had two that were not only genuinely hilarious, but were massive hits besides (another rarity for comedies): “Wedding Crashers” and “The 40-Year-Old Virgin.” Isn’t the measure of a comedy how much it makes you laugh, not whether it has elegant costumes or Oscar-calibre actors? Shouldn’t that be the same measure when nominating films and actors for comedy awards? 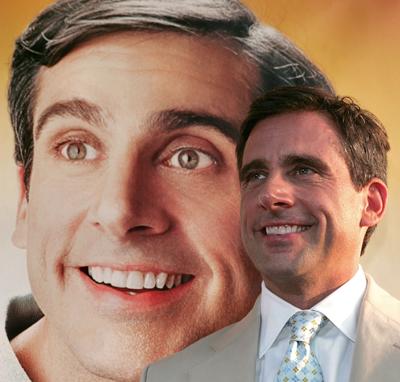 And it seems to me that one of the most inventive acting jobs of the year — which just happened to entail some inspired comedy — was Isla Fisher’s work as Vince Vaughn’s restraining-order-waiting-to-happen in “Wedding Crashers.” It’s probably heresy to say it, but I’d put the commitment and imagination Fisher brought to that role up against Michelle Williams’ performance in “Brokeback Mountain” any day. Vaughn was no doubt funnier than anyone else in the acting category, and if you want to talk suffering for your art, look no further than Steve Carrell, who subjected himself to a chest waxing in “40-Year-Old Virgin.” So what DOES define excellence in a comedy performance, anyway?

1 thought on “Globes: Dying is easy, comedy is even harder than you imagined”