Wow.
Out just walked John Amos. Louis Gosset Jr., Ed Asner, Cicely Tyson, Ben Vereen, Ivar Burton and Leslie Uggams. Wow! They starred in “Roots” 30 years ago and all look and sound great after all these years. It was classic TV that aired for eight nights in a row on ABC and had more than 60 percent of the TV audience.
Said Amos: “Let us all work to honor the legacy of ‘Roots’ not just tonight but in all that we do.”
“Roots” won many well-deserved Emmys including outstanding miniseires.
This year? Among the nominees in the miniseries category this year is the fluff: “The Starter Wife.”
Egads.
Well, at least “Broken Trail” won the award.

A week ago tonight, Robert Duvall and I chatted outside a pre-Emy party honoring nominated producers. He told me that, yes, he did want to win. He hadn’t won anything in a long time. Well, he just WON best actor in a miniseries of movie for the Western “Broken Trail.”
He told the audience that “I knew it was going to be a hit” and that “the western is here to stay.”
He’s made some dandies from “Lonesome Dove” to “Open Range.”
This is cool.
Duvall, about to be p;layed off-stage by the orchestra, added: “I’m very proud to be an actor in this business.”

There have been all kinds of rumors for days that Britney Spears was going to appear on the Emmy telecast to apologize for her horrendous performance at the VMAs a week ago. I doubt it will happen because, well, it’s a stupid idea!
Meanwhile, we see the way things could have gone for Spears in the performance tonight of her former “Mickey Mouse Club” cast member Christina Aguilera who was lovely and in wonderful voice in a duet of “Steppin’ Out With My Baby” with the amazing Tony Bennett.
It’s called being a professional.

A well-deserved tribute to the late Tom Snyder was very, very well-done. Perfect….

…Ryan Seacrest is paying tribute to TV actresses and starts with Sally Field “from ‘Gidget’ to ‘The Flying Nun’ and now to ‘Brothers & Sisters.'” Ryan didn’t mention to two Oscars, the two previous Emmy wns for “Sybil” and “ER,” and the classic performance in “Steel Magnolias.”
I think Sally should be able to leave “Gidget” behind…it’s been more than 40 YEARS!

Supporting actress in a drama series presented by the “Entourage” men and the lovely Eva Longoria…The winner is “Grey’s Anatomy” star KATHERINE HEIGEL: “My own mother told me I didn’t have a shot in hell tonight…but he’s a really big supporter. She does love me.”
She pays tribue to fellow nominees and co-stars Sandra Oh and Chandra Wilson. Wilson is blowing kisses to her and seems to mean it…Oh is smiling through gritted teeth (kidding).
“This is my dream come true.”
Mom cries when Katherine says: “This is for you…this is BECAUSE of you.”
Good daughter…

Jeremy Piven wins his second Emmy in a row for “Entourage.” He’s a funny dude: “I’m having the time of my life…I want to thank our entire crew..I don’t know any of their names.”
The supporting actor in a comedy series winner got choked up at the end when he kissed the trophy and thanked his late father: “I love him and I miss him and I do it for him.”

Terry O’Quinn just won the supporting actor/drama Emmy for “Lost.” I haven’t watched it much since season one but I know that he is solid year after year. But I wanted T.R. Knight to win…Maybe next year. BTW, I don’t think it was too cool for a joke about Isaiah Washington to be made during the opening number and have FOX pan right to T.R. This is his first Emmy nomination, a big night for him. It was exploitive.

As I predicted, Jamie Pressly just won for supporting actress in a comedy for “My Name is Earl.” The speech is pretty so-so (she’s nervous) but the hair looks fab. Se thanks her hubby and chokes up when she mentions their baby son.
Excuse me, I gotta go find a kleenex…

Wow! Thomas Haden Church has just won for “Broken Trail” !!! He lost the Oscar for “Sideways” a few weeks back but now he’s got a big trophy and he was Sandman in “Spiderman 3.” Life is good for Church. But apparently he’s having trouble with his tux: “Jumped out of limousine to pee, Pants immediatley not fitting.”
Not sure what happened there but it sounds scary…

Am I watching “American Idol” right now?
Nope, it’s the Emmys and Ryan Seacrest is up there naming all the past hosts like Carson, Conan, Ellen etc. “Sure, they were hilarious, if that’s what you’re into. But would any of them shown up four hours early to host the Emmy pre-show.”

Now he’s mingling with the crowd, and says to Teri Hatcher, who he allegedly dated for about five minutes: “Hello Teri…” She looks mortified. I would too if I had dated Ryan Seacrest!
(Ouch! Was that my out loud voice?)

OK, the first award is being presented and Ray Romano is at the podium. He’s got a gold/yellow tie on. He tooks good. He mentions that “Frasier is screwing my wife.” He means Kelsey Grammer who is starring in the FOX sitcom “Back to You” opposite his former TV wife Patricia Heaton. “Patty how could you? We have TV children?” “Brad Garrett has his own show and Doris Roberts thinks our show is still on the air.”
Ray doing almost an entire routine which I guess that makes up for Seacrest’s lack of joke telling skills…

It’s in a theater in the round and all the various casts are sitting together. Ryan is

I’m not sure who was addressing the audience inside the Shrine but over the lioudspeaker, we just heard a booming voice say, “Helen, please sit down! …She’s not the queen tonight!”

That was kinda rude, I think.

Well, actually, I’m in a big tent. But it’s pretty fancy and the winners are gonna co me back here and chat us up once they’re through with all those pesky TV folks like “ET” and “Access Hollywood.” I mean, how do we print/online peeps compete when those show have sofas, champagne, photo booths etc, By the time they get to us back here, they’re probably gonna be drunk!
Now THAT would make news.
Just wanted to say hello. I was not given a red carpet pass so I can’t wander around looking at the TV reporters and deliver catty remarks like I usually do (meow). Them’s the breaks. I’m just a tent dude I guess. But they’ve provided us with all kinds of snacks and drinks and we will be fed with real food soon.
I have also been pronised admittance to the Governor’s Ball so it should be a wild and crazy night. 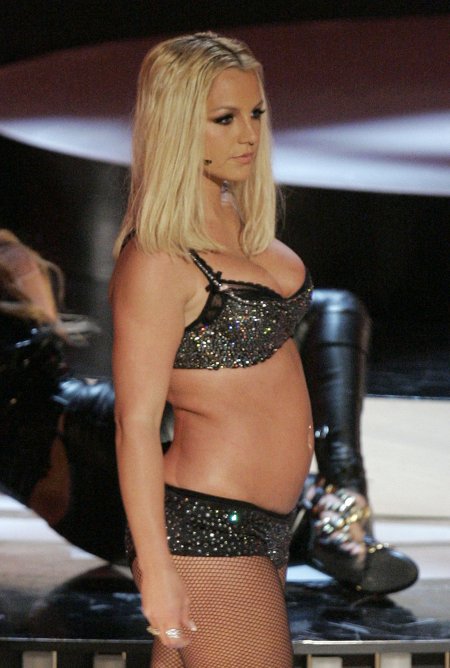 Martin Scorsese finally wins an Oscar but he doesn’t have a ton to say about the emotions of it. He’s a film buff with an encyclopedia mind and he’s back here talking about film perservation etc.Finally, someone gets him to reflect on the enormity of it all: “Good thing I didn’t get it before. Maybe it would have changed the kind of movies I made or something. I’m glad that it went this way. I’m glad it’s taken this long. It’s been worth it.”
While he campaigned for “The Aviator” and “Gangs of New York,” he wanted to lie low on any campaigns for “The Departed” on his behalf: “Let’s relax and make as good a film as we can.”
On past losses: “You’ve got to get on with your life and get on with your work. The work is what’s important.”
He added: “Winning for me, I gotta tell you, is making the pictures.”