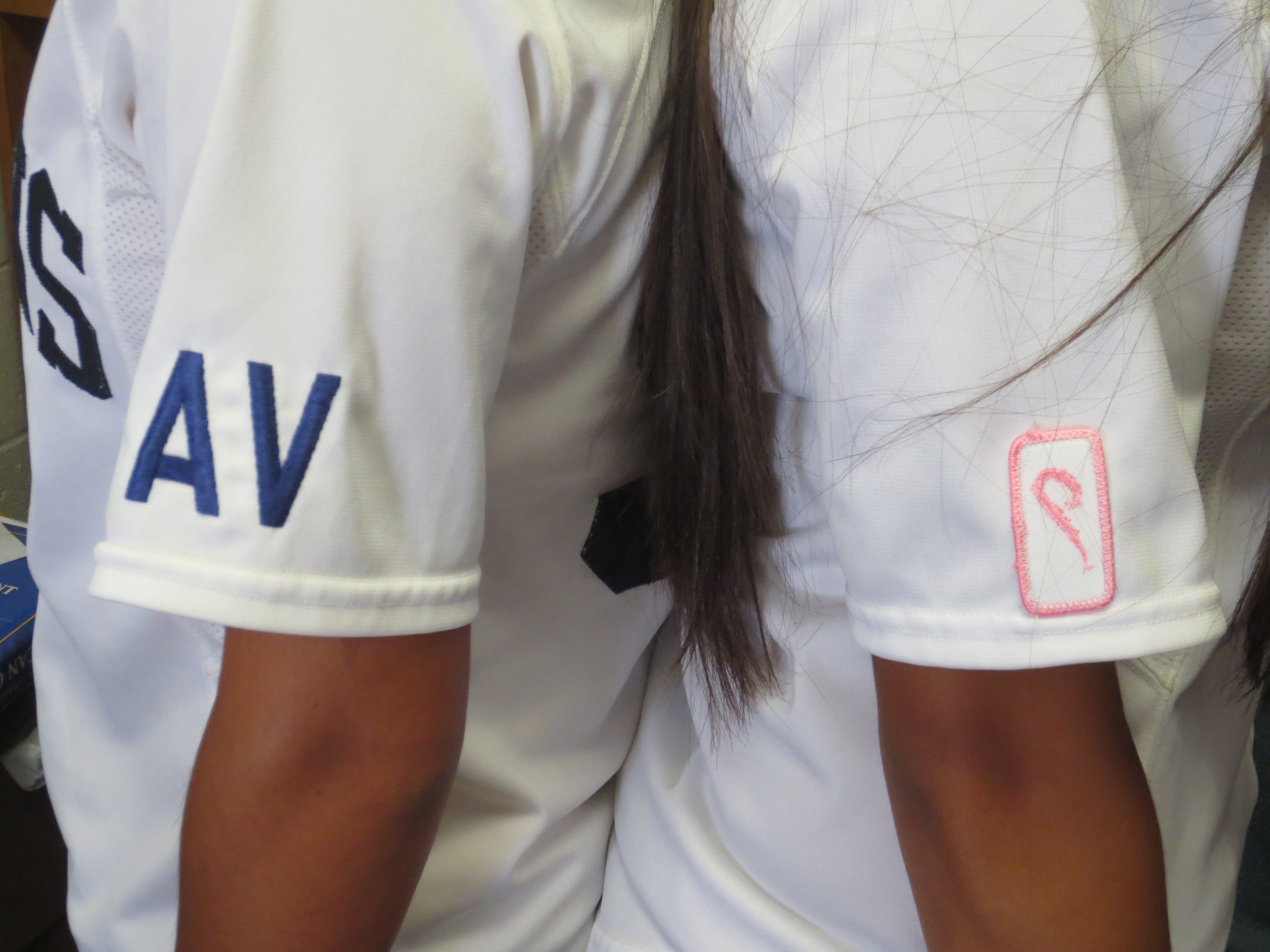 Photo is of Aquinas High School seniors Jessica Valenzuela (left) and Heaven Murguia, showing the initials on their sleeves every one of the players was wearing this year. Why are they wearing them? Check out my story in Friday’s edition of The Sun, or on sbsun.com.

It should be an intriguing game when Aquinas plays Montebello on Friday at 5:15 p.m. at Manning Stadium in Irvine. I will be tweeting via @PeteMarshallLaw updates on the game. Aquinas has had some very talented players in recent years, but getting to the finals for the first time is a huge step for this program in getting some recognition.

How does this game shape up? It will likely be much closer than the records would indicate. Aquinas is unseeded, but 25-2 this season. Montebello is also unseeded, but has just an 18-11 record. Montebello had a bit of a tougher schedule, losing to Division 2 playoff teams such as West Covina South Hills and Chino Hills.

Since losing to Almont League co-champion Montebello Schurr on May 8, Montebello has scored at least 10 runs in every game since then. Aquinas has not scored as many as 10 runs in any playoff game, but its pitching, that of sophomore Allie Hotetz appears to have been better. But also don’t overlook fellow sophomore CF Zoe Casas, who was batting .698 with 2 home runs, 28 RBIs and 48 runs scored through the quarterfinals. She had one stretch earlier this season in which she had at least three hits eight times in a nine-game span and 29 hits overall in that span.

My prediction is an Aquinas victory by a 5-4 score.