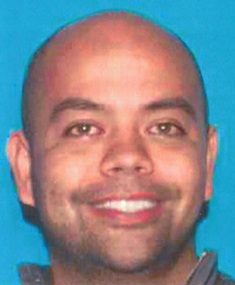 Nearly a year after fleeing from justice prior to his sentencing, a former San Gabriel man who pleaded guilty to wire fraud after bilking dozens of investors and families out of $11 million was in custody Wednesday, authorities said.
Acting on tips from the public, FBI agents arrested David Kaup, 30, Tuesday at a home where he had been staying in Las Vegas, FBI officials said in a written statement. He’s accused of bilking $9 million from investors through a bogus investment scheme, as well as another $2 million from families through a fraudulent home refinancing scheme.
Kaup, who was free from custody after pleading guilty in connection with his case, never showed up at his sentencing hearing, FBI spokeswoman Laura Eimiller said. He faced a maximum sentence of 40 years in federal prison.
“(Kaup) was scheduled to be sentenced Monday, Dec. 17, 2012, in United States District Court after pleading guilty to two counts of wire fraud on April 9, 2012,” according to the FBI statement. “Once it had been established that Kaup fled the area and justice, a federal judge issued a warrant for his arrest.”
But Kaup did not prove an easy man to find, and the FBI reached out to the public for help in tracking him down.
Media coverage helped generate a tip that led investigators to the Las Vegas home where Kaup had been hiding out, authorities said. He was taken into custody without a struggle.
Kaup pleaded guilty to charges stemming from two different scams, officials said.
In the first scam, Kaup used created a company called Lunden Investments and persuaded investors to give him more than $9 million, which he claimed would fund commercial loans, officials said. But instead, he lost the money trading on the Foreign Currency Exchange Market.
Kaup then started a second con, officials said.
“Kaup admitted that through his second company, (American Loans and Funding), he told homeowners that he could refinance their homes at below-market rates, so long as they provided certain funds up front to demonstrate that they financially
qualified for the special loan terms,” according to the FBI statement. “These funds were supposed to be kept safe during the
loan process and then returned when the loan was either approved or denied. Kaup admitted that he never tried to refinance the homeowners’ loans, and instead used the victims’ money to buy luxury items for himself and to trade on the Foreign Currency Exchange Market.”
He ran a similar scheme with a third company called First Mortgage West, netting about $2 million from 50 families seeking help with refinancing their homes, FBI officials said.
Kaup was expected to be returned to Los Angeles to appear in court “in the near future,” according to the FBI statement.
It was not clear Wednesday if he would face additional charges in connection with his alleged flight from justice.