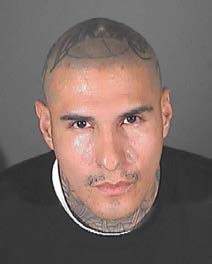 SOUTH PASADENA — Police jailed two men earlier this week after they were found in possession of a purse that had been stolen in a South Pasadena car burglary, authorities said.
Elvis Ayala, 31, and Andres Alvares, 23, both of Los Angeles, were booked on suspicion of receiving stolen property following their arrests early Tuesday in the 1000 block of Highland Street, according to South Pasadena police officials and Los Angeles County booking records.
A resident called police about 3:40 a.m. to report seeing two men getting out of a parked car, South Pasadena police Detective Richard Lee said in a 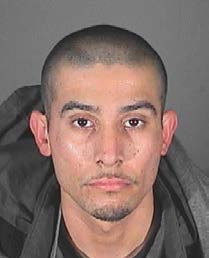 written statement. Ayala immediately surrendered to arriving police officers, while Alvares ran.
Alhambra and San Marino police helped South Pasadena officers track Alvares down in a nearby yard, Lee said. He was found with a backpack that contained a purse that had been stolen from an unlocked car just around the corner, in the 900 block of Buena Vista Street.

PHOTOS of Elvis Ayala (top) and Andres Alvares (below) courtesy of the South Pasadena Police Department.