ALHAMBRA >> Two mail drop boxes were stolen from the Valley Boulevard U.S. Post Office in Alhambra overnight by suspected identity thieves, police said.
Two boxes were stolen and a third was damaged but remained in place following the theft, which was first discovered about 3:20 a.m. at the U.S. Post Office at 1603 W. Valley Blvd., Alhambra police Sgt. Gabriel Ponce said.
The theft took place sometime after the mail was picked up from the office, which generally occurs about 5 p.m., he said.
“A vehicle was possibly used to dislodge them,” Ponce said. No suspect description was available.
The crime was believed to be the work of identity thieves seeking personal information to exploit, police said.
“If you placed your outgoing mail in one of the mail drop boxes at Benito and Valley Blvd. late (Wednesday) afternoon, there maybe a good chance your outgoing mail will not arrive at its intended destination,” police said in a written statement.
Anyone who placed sensitive information in the boxes late Wednesday is advised to keep an eye on financial statements and accounts.
Further inquiries were referred to the post office, which can be reached at 626-289-1432.

GLENDORA >> Glendora police Wednesday jailed an alleged residential burglary ring comprised of five Los Angeles gang members, officials said.
The four men and a teenage boy are accused of three burglaries in Glendora Wednesday, as well as at least one additional burglary in Covina, Glendora police Lt. James De Mond said. And detectives continued working to link them to additional crimes.
The burglars primarily stole jewelry from the homes, the lieutenant said.
The arrests came after Glendora officers police responded to a report of a burglary in the 700 block of East Essex Street, the lieutenant said. A resident had arrived home to find the front door kicked in and the home ransacked.”
“As officers were investigating this burglary, a resident in the 1100 block of East Dover Street called to report seeing five males attempting to get in a screen door of a residence,” De Mond said.
Police rushed to Dover Street where officers spotted two young men running between homes in the neighborhood, as well as a white Toyota Camry with paper license plates driving away, De Mond said.
Police stopped the car and arrested Jaime Estrada, 26, of Maywood, who was on parole for burglary, De Mond said. Stolen property from all four burglaries was found in the Camry. Some items found in the car had been stolen in another residential burglary in the 1000 block of East Bradford Drive that was not reported until later in the day.
Officers searched the neighborhood and found Martin Sanchez, 26, of Hacienda Heights and Junior Valdez, 25, of Los Angeles hiding in a nearby garage, police said. Two other suspects, identified as Jerry Castro, 21, of Los Angeles and a teenage boy from Cudahy, hiding in a side yard and trying to break into a garage.
A Pasadena police helicopter and two Pasadena police K-9s took part in the search.
“All of the suspects have been identified as 38th Street gang members out of South Central Los Angeles,” De Mond said.
Estrada was being held without bail while the three other adult suspects were being held in lieu of $500,000 bail, according to Los Angeles County booking records. All four were scheduled to be arraigned Friday in West Covina Superior Court.
The teenage suspect was taken to Los Padrinos Juvenile Hall.

PICO RIVERA >> More than 3,500 Southern California Edison customers lost electrical service Wednesday afternoon after metallic balloons became entangled in equipment, according to the utility.
The outage began about 2:20 p.m. in the area of Rosemead and Beverly boulevards, according to data published by SCE.
More than 3,500 customers remained in the dark as of 10 p.m., officials said.
The outage was blamed on metallic balloons interfering with equipment, and the utility estimated all power would be restored by 7 a.m. Thursday.

BALDWIN PARK — The death of a woman found unresponsive in her car at a Baldwin Park gas station Wednesday was believed to be natural, authorities said.
Officials responded about noon to a Chevron Station at 14477 Merced Avenue, at Puente Avenue, Baldwin Park police Lt. Melissa Stehly said. A woman estimated to be about 50 was found unresponsive in a Chrysler Sebring.
Paramedics pronounced the woman dead at the scene, Stehly said.
No foul play was initially suspected, and the death appeared to be the result of a medical problem such as a heart attack, she said.
Los Angeles County Department of Coroner investigators planned an autopsy.

LOS ANGELES — Federal authorities Wednesday arrested 18 El Monte Flores gang members and associates who used the former offices of the Boys & Girls Club as their hangout.
The 18 were among 41 people indicted by a federal grand jury last week on charges that include conspiracy, murder, drug trafficking, money laundering, and weapons violations.
Federal officials said the gang conducted illegal activities out of the Boys & Girls Club of America/San Gabriel Valley Club facilities on Mountain View Road.
“They used the club as a place where they would openly sell drugs and collect taxes,” said Vijay Rathi, spokesman for the Drug Enforcement Administration.
The gang also used the club, which recently held community meetings and hosted a car wash fundraiser for a Flores member who was murdered.
“It is very disturbing that a facility that is supposed to give boys and girls protection and a safe place could be used for that,” Mayor Andrew Quintero said.
.. FULL STORY

WHITTIER >> For the second time this month, a 12-year-old Whittier girl has been found safe and sound after she went missing Tuesday, police said.
Police asked the public to keep an eye out for a 12-year-old Whittier girl who went missing from her family home about in the 9600 block of El Venado Drive about 2 p.m., Whittier police officials said in a written statement.
“(The girl) walked away from her parents’ house and has not been seen since and her family is concerned,” according to the police statement.
But she turned up Thursday at a relative’s home, safe and sound, Whittier police Lt. Aaron Ruiz said.
The girl previously went missing after running away from her home July 18 following an argument with her parents, according to Whittier police Lt. Bryan Ellis.
She was found safe the following day at a relative’s home in Montebello.

SYLMAR >> A 3-year-old boy died Wednesday after climbing into a car at his family home in Sylmar and becoming overcome by the afternoon heat, police said.
The incident, which police were investigating as a “tragic accident,” was first reported about 3:30 p.m. at a home in the 14400 block of Foothill Boulevard, Los Angeles Police Department Officer Bruce Borihanh said.
“The boy was playing by himself in the front yard when he climbed into a car,” Borihanh said. The boy was apparently unable to get out of the car and became overcome by the heat, as the temperature in Sylmar soared into the mid-90s Wednesday afternoon.
It was unclear how long the boy had been inside the hot car before he was discovered there by his brother, Borihanh said. The distraught parents immediately summoned paramedics.
“The child was unresponsive when freed from the car and was declared dead at a hospital,” Borihanh said.
Foul play was not initially suspected, he said, and no arrests were made as the investigation continued.
The child was taken to Olive View-UCLA Medical Center, where he was pronounce dead a short time later, Los Angeles County Department of Coroner Lt. Elissa Fleak said.
The child’s identity was not released Wednesday, as coroner’s officials were yet to recover the body from the hospital, she said.
The car was parked in a driveway in the residential neighborhood, officials said.
The death came just one day before a planned LAPD press conference to remind parents of the dangers hot vehicles can pose to children.

ANGELES NATIONAL FOREST — In an effort to curb all-to-common rescue calls at a popular recreation site in the Angeles National Forest, officials have announced the Eaton Canyon Upper Falls will be off-limits starting Friday.
The 84-acre closure is planned to stem the dozens of annual mishaps, some of them fatal, on the slippery and treacherous terrain near the second waterfall in Eaton Canyon, U.S. Forest Service officials said in a written statement.
“The user-created trail to the lower waterfalls is not the dangerous portion,” the statement said. “It is the area around the second waterfall that is creating the increase in rescues and deaths.”
Officials have handled 60 rescues near the second waterfall in 2012 alone, and five deaths have been reported there since 2011.
“In particular, hikers ignore warning signs and climb the canyon’s crumbling walls in search of the second waterfall, enticed by social media videos that encourage and challenge people to risk their own lives and those of emergency responders,” according to the USFS statement.
The closure area, “has been kept to an absolute minimum in hopes of changing the behavior of those who ignore the warning signs and continue to place themselves and emergency responders in danger,” according to the USFS.
Additionally, officials plan to continue their public awareness campaign regarding the dangers at the second waterfall of Eaton Canyon and enforce the closure.
Those found violating the closure may be receive a $5,000 fine, up to six months in jail, or both. 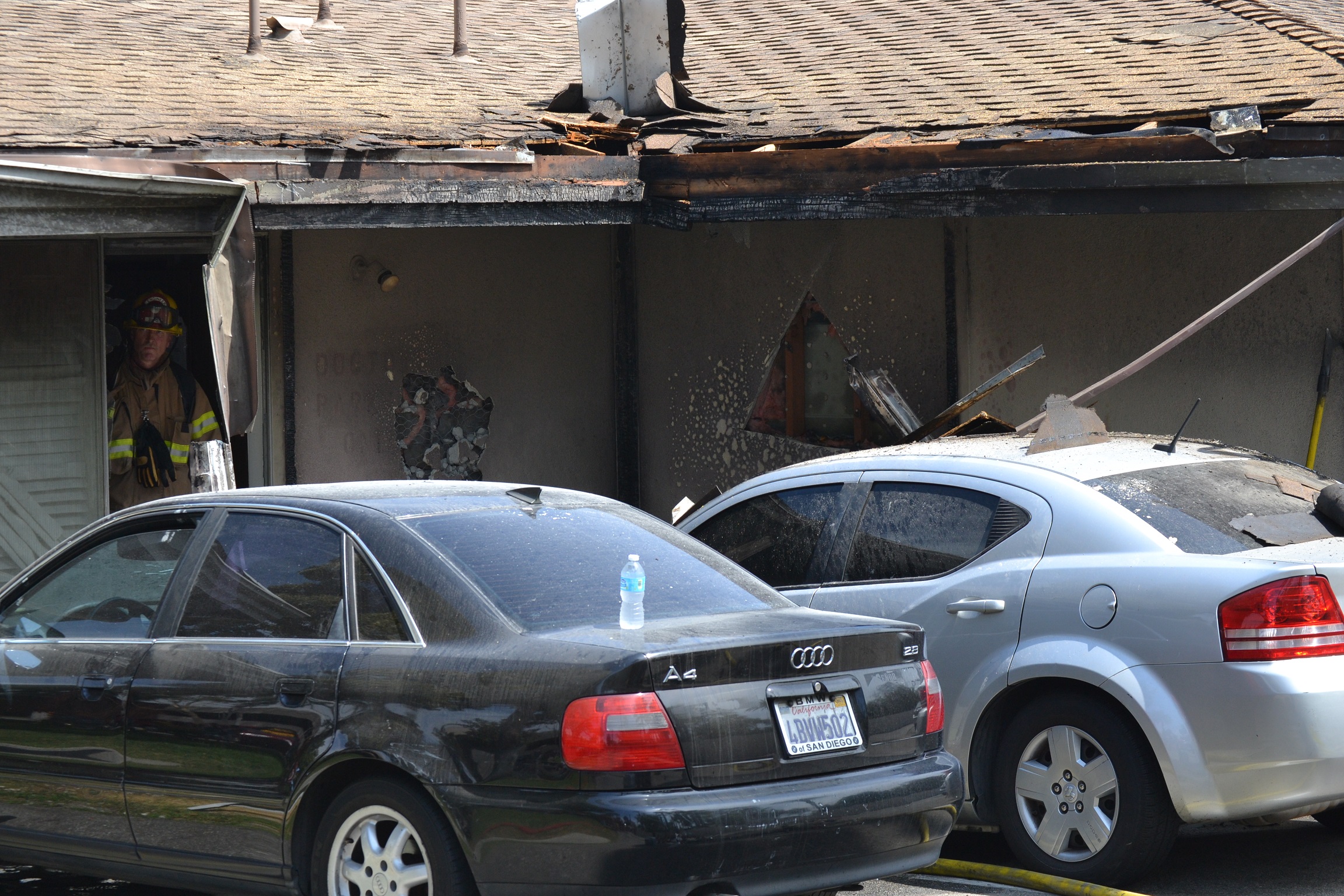