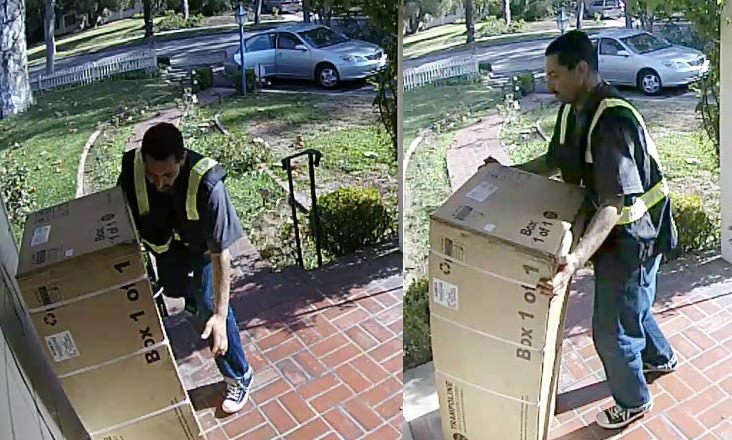 SOUTH PASADENA >> Police are seeking man who was caught on camera stealing a large package, which contained a trampoline, from the fron porch of a South Pasadena home on Wednesday.
The theft took place just before 12:10 p.m. at a home in the 1400 block of Milan Avenue, South Pasadena police Detective Richard Lee said in a written statement.
A man wearing a utility vest arrived at the home in a silver, four-door sedan and parked in the victim’s driveway, Lee said.
Home surveillance cameras rolled as the thief walked up to the victim’s porch and draged away a large package, which contained a trampoline, Lee said. He then loaded it into his car and drove off.
Police described the package thief as a Latino man between 30 and 35 years old, with brown hair and brown mustache. He wore a yellow utility vest, a black shirt, blue jeans and black-and-white Converse sneakers.
Anyone with information is asked to contact South Pasadena police detectives at 626-403-7280. Tips may also be submitted anonymously to L.A. Regional Crime Stoppers at 800-222-8477. 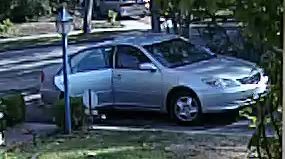