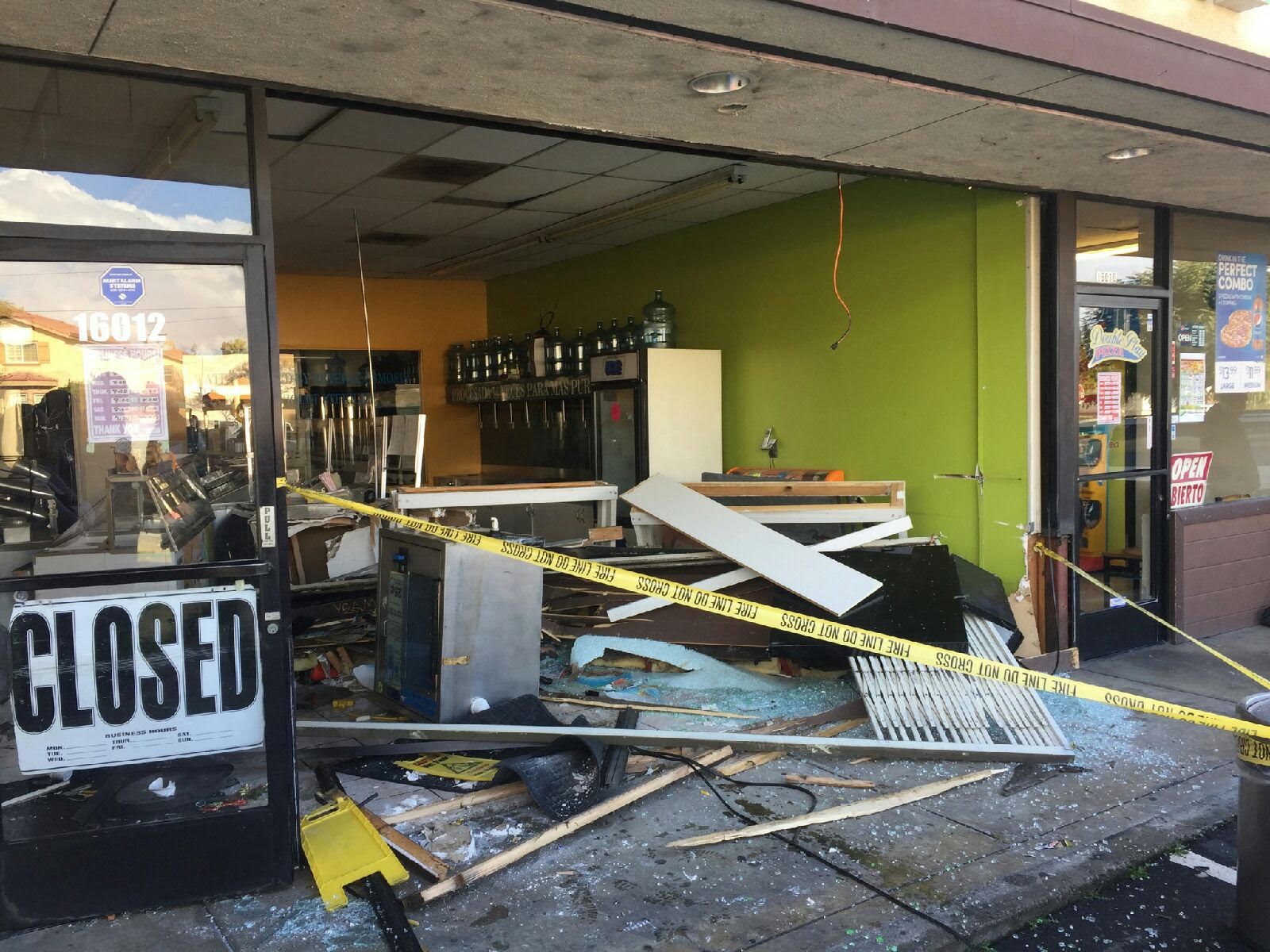 LA PUENTE >> A minivan smashed through the front door of a La Puente juice shop on Thursday, causing significant damage but resulting in no injuries, authorities said.
The incident took place about 2 p.m. at Rio’s Water & Juice, 16012 Main Street, Los Angeles County sheriff’s Lt. Pete Cacheiro said.
A woman in her 30’s was parking when her Toyota Sienna minivan lurched forward, through the plate glass windows of the business, he said.
“It appears that she inadvertently accelerated instead of stepping on the break and drove through the front windows,” Cacheiro said.
The driver was unhurt, he said. An employee was inside the store at the time, but was standing toward the back of the business and also suffered no injuries.
It did not initially appear the building had sustained structural damage, however a city engineer was summoned to inspect it, the lieutenant said.
Officials initially estimated the dollar-value of the damage at $40,000. 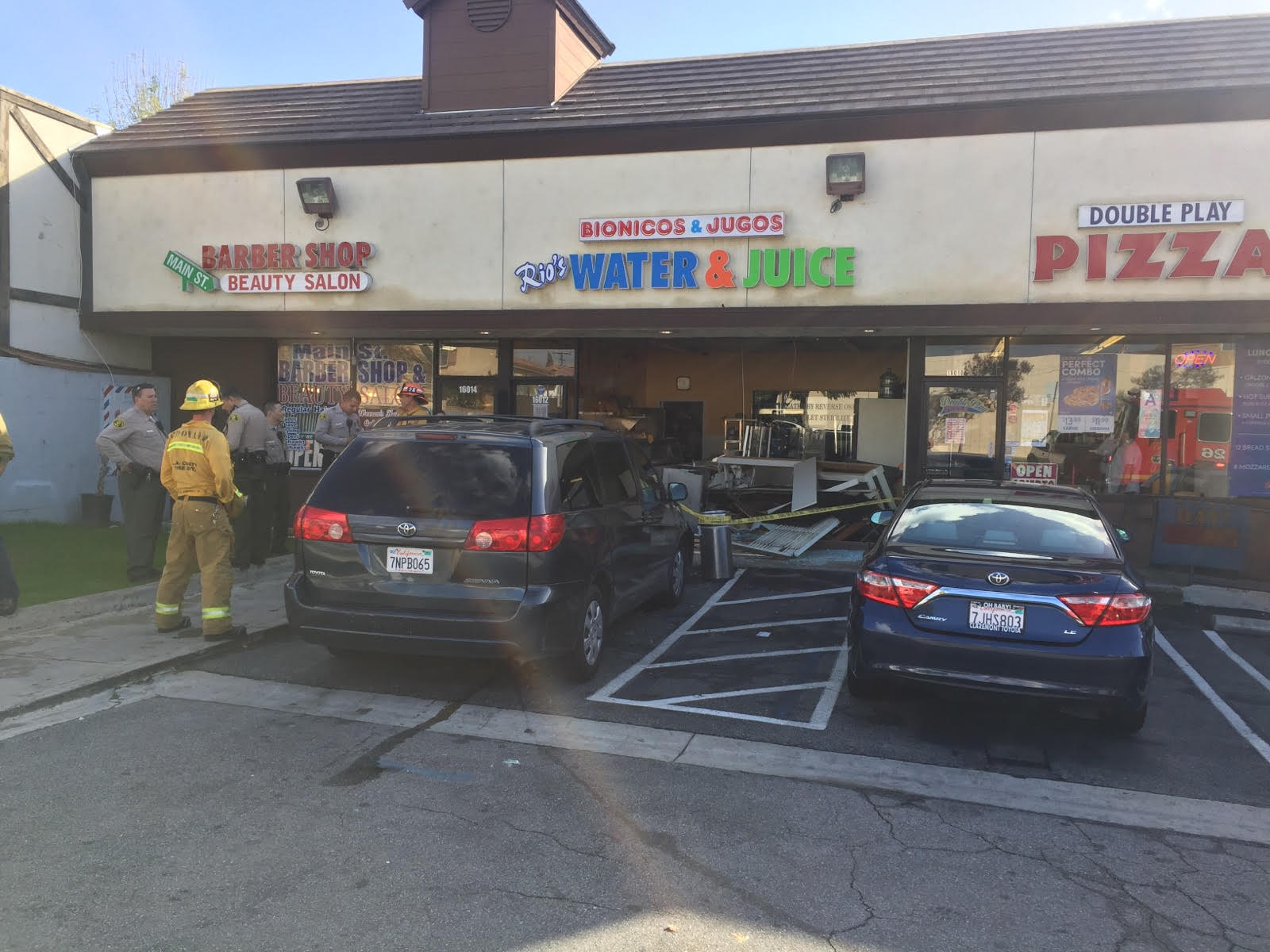