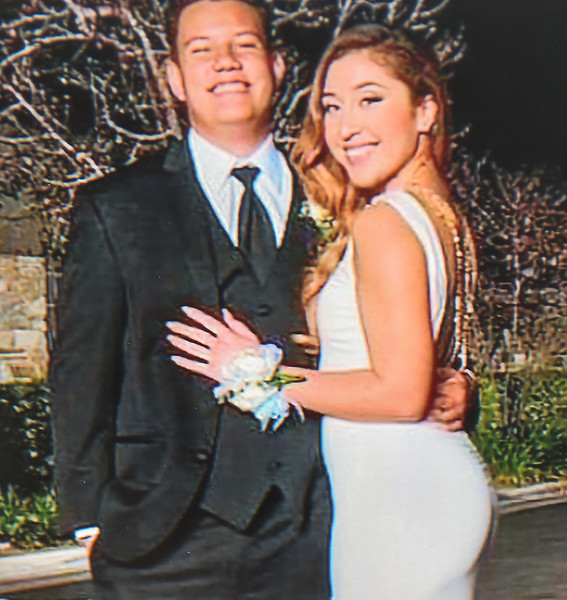 HACIENDA HEIGHTS >> A judge sentenced a man to probation and community service Wednesday for causing a crash that killed two 18-year-old high school sweethearts in their hometown of Hacienda Heights, officials said.
Key Jaison Kim, 69, pleaded “no contest” to two misdemeanor charges of vehicular manslaughter in connection with the Oct. 18, 2015, crash at the 7th Street offramp of the eastbound 60 Freeway, according to Los Angeles County District Attorney’s Office spokeswoman Sarah Ardalani. California Highway Patrol officials described Kim as a Hacienda Heights resident.
Killed were George Andrew Steward II and Sabrina Delilha Castillo, who had recently graduated Los Altos High School, were had just started college, and were described by family members as “madly in love.”
Wednesday’s court proceeding in the El Monte branch of Los Angeles County Superior Court was an “open plea,” Ardalani said in a written statement. The prosecution did not negotiate a sentence with the defense before Kim entered his “no contest” plea.
In addition to five years of summary probation, “Los Angeles County Superior Court Judge Donna Hollingsworth also ordered the defendant to complete 800 hours of community service, attend the hospital and morgue program and complete the Mothers Against Drunk Driving Victim Impact Program.,” Ardalani said. Furthermore, Kim’s driver’s license was revoked for five years.
Kim was exiting the freeway about 7 p.m. when he lost control of his Lexus sedan, which flew off the side of the onramp and smashed into the Toyota Tacoma pickup truck which Steward was driving on 7th Avenue, with Castillo riding as a passenger. The top of the truck was sheared off by the impact.
Paramedics pronounced Steward and Castillo dead at the scene.
Kim was driving at “an extremely high rate of speed” and failed to stop at a stop sign just before the crash, California Highway Patrol officials said shortly after the crash.
Driving under the influence was not alleged.
“According to the prosecutor, the defendant committed pedal error by applying pressure on the accelerator pedal instead of the brakes while exiting the offramp.” Ardalani said.
Following a lengthy investigation by the CHP, Kim was charged with two counts of manslaughter in August of 2016, nearly 10 months after the deadly collision.
Loved ones said the young couple had a promising future.
Steward had been studying and playing football at Mt. SAC in Walnut, and Castillo was studying at Citrus College in Glendora.