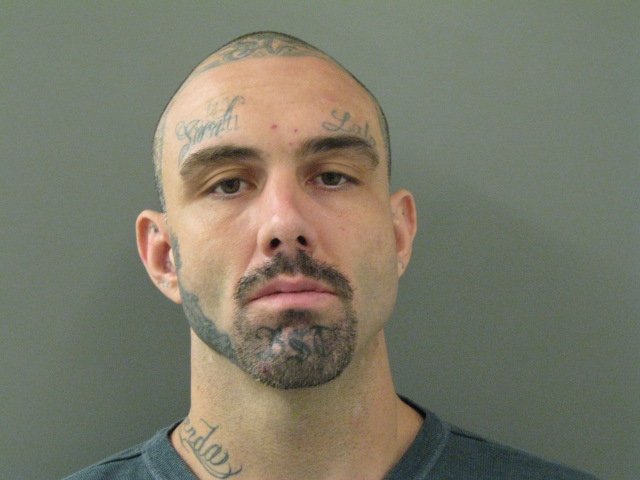 AZUSA >> A woman escaped Friday night after being held captive for at least a week, during which time she was repeatedly beaten, by her boyfriend at an Azusa apartment, police said.
Investigators found and arrested her alleged attacker, 32-year-old Jack Albert Davis of Azusa, later the same night, according to Azusa police Sgt. Robert Landeros. He was booked on suspicion of kidnapping, false imprisonment, domestic violence and assault with a deadly weapon.
Police received a report about 7 p.m. of a “seriously injured” woman in the 400 block of East 8th Street, “who advised that she fled from her apartment after being held against her will for at least one week,” Landeros said in a written statement.
Officials learned the woman had been held captive by her boyfriend.
“During the time she was held against her will by the suspect, he allegedly beat her repeatedly causing serious injuries to her face and body,” Landeros said. “Due to the severity of the victim’s injuries, she was transported to a local hospital emergency room for treatment.”
Officers quickly found and apprehended Davis in connection with the alleged series of crimes.
Davis, who is already on felony probation, or Post-Release Community Supervision, under the terms of AB 109 due to a prior conviction, was being held without bail pending his initial court appearance, according to police and Los Angeles County booking records.
Court records show Davis, also known as Jack Albert Hutchinson, has a lengthy criminal history dating back to 2003, at age 18.
Davis was briefly jailed for violating his parol in March, and again in June, records show.
Prior convictions in Los Angeles County include petty theft with a prior theft conviction in 2012; drug possession and possession of drug paraphernalia in 2011; domestic violence in 2008; vandalism in 2005; as well as domestic violence, burglary, battery, assault with a deadly weapon and driving a car without the owner’s consent in 2004.
Davis was scheduled to appear for an arraignment hearing Tuesday in the West Covina branch of Los Angeles County Superior Court.