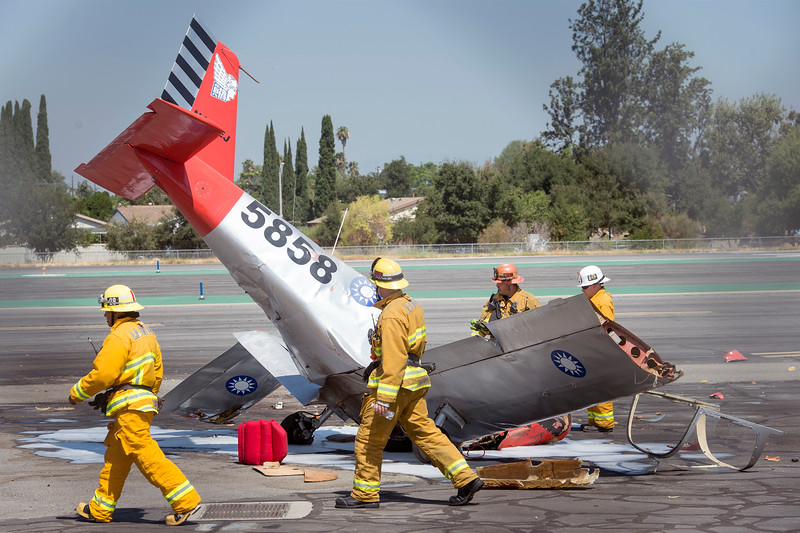 Authorities have identified a San Marino man who died Friday in a small airplane crash at the San Gabriel Valley Airport in Monte.
Jeffrey Ying, 63, died in the crash, Los Angeles County Department of Medical Examiner-Coroner Investigator Joyce Kato said.
He was the pilot and sole occupant of a single-engine, home-built 1979 Pazmany PL-2 airplane when it went down about 9:30 a.m. at the south end of the airport, 4233 Santa Anita Ave., according to Federal Aviation Administration spokesman Ian Gregor.
Witnesses reported seeing the airplane take off and seemingly experience engine trouble before suddenly making a left turn and falling from the sky, National Transportations Safety Board Air Safety Inspector Patrick Jones said. It appeared the pilot was attempting to return to the runway.
The airplane slammed into the ground, sustaining major damage to its nose and left wing, officials said. Paramedics pronounced Ying dead at the scene.
Ying was reportedly an experienced pilot.
The aircraft was registered to an Azusa-based company called Progenitech and had a valid flight status through 2020, FAA records show. 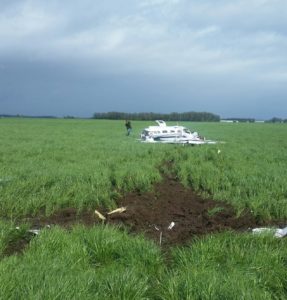 Officials in Linn County, Oregon have identified a family of three from Thousand Oaks and a pilot from Acton who died in a small plane crash on Friday.
John A. Zitting, 42, his wife Karen Blackmore Zitting, 37, and their 17-year-old son, John Brendan Zitting, died in the 10:53 a.m. crash in a field near an airport about two mile north of Harrisburg, Oregon, Linn County sheriff’s officials said in a written statement.
Also killed was Mark Gregory Aletky, 67, of Acton, a certified pilot hired by the Zitting family to fly them from Van Nuys, California to Eugene, Oregon in a single-engine, six-seat 1984 Piper PA-46-310P, sheriff’s officials said.
“Investigators learned the plane was flying on instrument and was approaching the Eugene Airport,” according the Linn County Sheriff’s Office statement. “Witnesses in Harrisburg described seeing the plane flying north at a low altitude when, for unknown reasons, it suddenly turned and crashed into a grass field just west of Peoria Road.”
The aircraft flew past Eugene Airport prior to the crash, authorities said. It was unclear why.
All four occupants of the airplane were pronounced dead at the scene.
The Oregonian reported that the family was on their way to a college scouting trip for John Brendan Zitting, a high school senior, at the University of Oregon.
In a 911 dispatch tape released by the sheriff’s department, a man who identified himself as Loren Later reports discovering the grisly scene.
•Audio: 911 dispatch tape
“A small aircraft just crashed into a field,” the witness reported as he made his way to the crash scene to try to help with coworkers after seeing the airplane fall from the sky from a nearby office.
“Is anybody in there? Yeah, there’s people in here,” Later is heard saying said. “Four people.”
“Nobody is conscious,” he said. “We’re checking to see if there’s a pulse or anything… four people, no pulse.. there’s nobody that appears to be alive.”
“The cockpit is really smashed up. The windshield has got blood splattered on it,” the witness reported.
He added that the weather conditions at the crash scene were, “brutal.”
The aircraft was based out of Van Nuys Airport, and the pilot worked for Park City Aviation, officials said.
The Federal Aviation Administration and the National Transportation Safety Board arrived on scene Friday afternoon to join the investigation into the cause of the crash, sheriff’s officials said. Authorities planned to remove the wreckage sometime over the weekend.