ANGELES NATIONAL FOREST >> Authorities have identified a 35-year-old stabbing victim whose body was found along the side of a road deep in the forest north of La Canada Flintridge last week.
A hiker discovered the remains of Anthony James Willis shortly before 1 p.m. on March 2 along mile marker 18.97 of Angeles Forest Highway, in the area of Big Tujunga Road, according to Ed Winter, assistant chief of operations at the Los Angeles County Department of Medical Examiner-Coroner.
An autopsy found he died from “sharp force injuries,” he said. The death was ruled a homicide.
The body was found at the end of a 30-foot-long drainage ditch that channels storm water off of Angeles Forest Highway and into the forest, Lt. Joe Mendoza of the Los Angeles County Sheriff’s Department Homicide Bureau said. It appeared the killer or killers dumped the body after fatally stabbing the victim at another unknown crime scene.
“It doesn’t appear that the murder occurred there. We think someone just placed the body there,” Mendoza said.
The lieutenant said he was not aware of any gang ties on the part of the victim.
Mendoza said the body did not yet show signs of decomposition and was likely placed in the forest within a day or days of its discovery.
He asked anyone who saw anything suspicious or unusual in the area in the days leading up to the discovery of the body to contact homicide detectives.
No further information was available Wednesday.
Anyone with information can reach the sheriff’s Homicide Bureau at 323-890-5500. Tips may also be submitted anonymously to L.A. Regional Crime Stoppers at 800-222-8477. 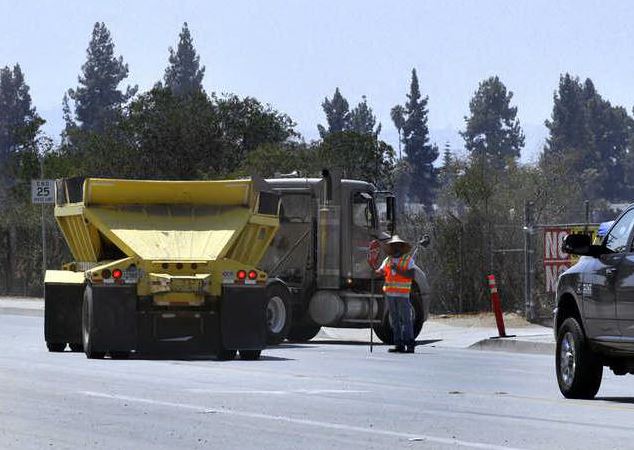 IRWINDALE >> A dump truck driver discovered a man’s body mixed in with a load of dirt after depositing the load at the Manning Pit in just outside of Irwindale Friday morning, authorities said.
The discovery was made about 9 a.m. at the dump site along Vincent Avenue, just south of Arrow Highway, in an unincorporated county area just outside of Irwindale, Irwindale police Sgt. George Zendejas said. 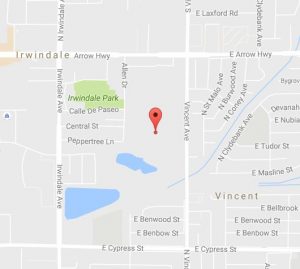 He said one of the truck drivers dropping off dirt at Manning Pit saw the body. The body was lying face up.
Irwindale police summoned the Los Angeles County sheriff’s Homicide Bureau to take over the investigation.
“When the truck driver dumped the dirt in a quarry in the 5100 block of Vincent Avenue in the county area of Irwindale, he discovered the victim’s body mixed in with the dirt,” Deputy Ryan Rouzan said of the sheriff’s Information Bureau said in a written statement.
The man was initially described only as 20 to 30 years old. His identity was not released Friday pending positive identification by crooner’s officials and notification of his family.
“There doesn’t appear to be any trauma to the victim and no foul play is suspected at this time,” he said.
But exactly when, where and how the man ended up in the back of the dump truck remained a mystery Friday afternoon, sheriff’s officials said. 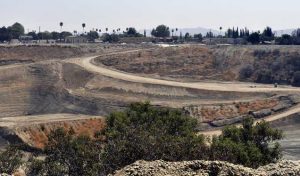 Detectives determined the dump truck had visited a downtown Los Angeles about 7:45 a.m. and picked up a load of dirt from a building construction site, Deputy Ryan Rouzan of the sheriff’s Information Bureau said. The specific location of the construction site was not available.
One grisly possibility being investigated was that the man had been inadvertently buries alive
“It’s possible the victim may have climbed into the back of the dump truck without anyone knowing and the dirt was dumped on top of him,” Rouzan said.
No workers from the Los Angeles construction site had been reported missing, Rouzan said.
No further details were available.
The dump site continued operating as homicide detectives and coroner’s officials conducted their investigation Friday morning and afternoon.
Anyone with information is asked to contact the sheriff’s Homicide Bureau at 323-890-5500. Tips may also be submitted anonymously to L.A. Regional Crime Stoppers at 800-222-8477.

MONTEREY PARK >> Coroner’s officials Wednesday released the name of a 30-year-old man found shot to death in the trunk of a parked car in Monterey Park last week.
The body of Min Gu was discovered about 6 p.m. March 21 after residents called authorities to report a foul smell emanating from a black Lexus sedan parked in the 200 block of South Lincoln Avenue, according to Los Angeles County Department of Medical Examiner-Coroner Assistant Chief of Operations Ed Winter. Gu’s city of residence was unclear.
An autopsy determined Gu died from “multiple gunshot wounds,” and the death was ruled a homicide, Winter said.
No arrests have been made in connection with the killing and no motive was available, Los Angeles County sheriff’s officials said.
The body had already begun decomposing, officials said. Investigators believed Gu was fatally shot at least a day or two before his body was discovered.
The Lexus had not been reported stolen, Sgt. Bill Cotter of the sheriff’s Homicide Bureau said.
It was unclear whether detectives had managed to contact the car’s registered owner. Handling detectives could not be reached for comment Wednesday.
Anyone with information is asked to contact the sheriff’s Homicide Bureau at 323-890-5500. Tips may also be submitted anonymously to L.A. Regional Crime Stoppers at 800-222-8477.

AZUSA — Coroner’s officials identified the woman whose body was discovered in the trunk of an abandoned car as a 63-year-old Covina woman.
An autopsy is scheduled Thursday on Gloria Darland.
The red Honda Accord was left in the 3700 block of Fish Canyon Road. A resident who owns the property had it towed Tuesday when he couldn’t find the owner.
The car was taken to Cities Towing Inc. in the 1000 block of West Gladstone Street. Deputies said the tow truck driver opened the trunk that night and discovered the body.
The driver has told the media that he saw a naked body.
Sheriff’s homicide detectives haven’t determined yet how Darland died and how her body ended up in the car’s trunk.
Anyone with information is asked to call the Sheriff’s Homicide Bureau at 323-890-5500.

This comes from a Sheriff’s Department bulletin issued this afternoon:

On October 21, 2008 (Tuesday) at 1400 hours, Victim Luciano Brash was shot at a home in Alhambra. His body was then dropped off at the Pacific Orthopedic Medical Center, 707 S. Garfield Avenue, Alhambra. The suspects should be considered ARMED AND DANGEROUS. Investigators are seeking the public’s assistance, and asking anyone with information to contact Sheriff’s Homicide Bureau.

Sheriff’s detectives identify this man as Scott Young Kim. A 37-year-old male Asian. He is wanted in connection with the Brash homicide. It’s believed he was the shooter.

Sheriff’s detectives identify this man as Samuel Patrick Groft, a 28-year-old male white. He is also wanted in connection with the Brash homicide. he is believed to be one of two men seen in a videotape dropping Brash’s body on the floor of an Alhambra medical clinic.

Here’s a  videotape of two men dumping Brash’s body in the reception area of an Alhambra medical clinic. There is also an alleged connection between the men and the Korean Mafia, officials said.

Here’s a Wikipedia entry on the Korean mob and gangsters known as kkangpae.

Authorities announced an arrest in connection with a body dump at an Alhambra clinic. The dead man shown in the video below may have been connected to the Korean mafia, authorities said. Here’s Nate McIntire’s story:

Suspects have been identified in the slaying of a man whose body was dropped off at an Alhambra medical facility last week, authorities said.

The body of Luciano Teadoro Brash, 31, was brought by two men to the Pacific Orthopaedic & Medical Center on South Garfield Avenue last Tuesday. The incident was caught on tape by security cameras.

Brash was pronounced dead at the scene, and coroners determined his cause of death was a gunshot wound to the chest.

MacArthur said the suspects were “possibly in the Korean Mob.” Brash may also be linked to the Korean mafia, according to Sheriff’s Lt. Patrick Nelson.

“It appears that the victim himself may have had some connection with that,” he said.

Brash has a criminal record and spent time in prison for felony robbery in the late 1990s, according to investigators.