Emigdio Preciado,  whose picture has been on billboards, the FBI’s 10 Most Wanted List and the television program America’s Most Wanted, returned to the US Tuesday, according the the Los Angeles County Sheriff’s Department.

Here’s a portion of Ruby Gonzales’ story on the gang member’s return:

A Southside Whittier gang member on the run for nine years is back in Los Angeles county to face trial for shooting at two deputies during a Sept. 5, 2000 traffic stop.

Norwalk Station Deputy Michael Schaap was shot in the forehead while Deputy David Timberlake wasn’t injured during the shooting. Schaap underwent rehabilitation and had to learn how to walk and talk again.

The FBI brought back Emigdio Preciado Jr. on Tuesday from Mexico, according to Sheriff’s Capt. Mike Parker in a written statement.

He said Preciado is scheduled to appear Thursday in Whittier Superior Court.

According to FBI spokeswoman Laura Eimiller, Preciado was extradited to the U.S. and handed over to FBI agents at the border in Brownsville, Texas on Tuesday morning. The 39-year-old was flown to Los Angeles International Airport under FBI escort in the afternoon where he was handed over to sheriff’s detectives.

“The Sheriff’s Department and the people of Los Angeles County express their gratitude to the FBI and Mexican law enforcement authorities for their tireless efforts to return Preciado to Los Angeles County,” Parker said.

The shooting happened on Gunn Avenue, north of Mulberry Drive in the county area of Whittier. Schaap and Timberlake tried to pull over a 1979 Chevrolet van for a burned-out headlight when Preciado allegedly fired at the two with an AK-47 assault rifle.

Detectives said Preciado was wanted for violating parole and didn’t want to return to prison.

The Arcadia Police Department has set up a Web page  listing its most wanted criminals.

Not a top ten list, like the FBI’s 10 Most Wanted, but certainly a valuable tool for Arcadia police.

Here’s who they are looking for:

Two suspects in an armed robbery, described as male Hispanics in their 20s.

A man, possibly Hispanic, suspected of burglarizing a jewelry store on Las Tunas.

Check out the Web site for composite drawings and pictures. And call the cops at *626) 574-5151 if you know any of these characters.

The 1981 abduction of Adam Walsh from a south Florida shopping mall, spurred his father John Walsh to create the America’s Most Wanted television program for Fox.

The case was closed by detectives this morning who believe little Adam was killed by Ottis Toole, a Florida drifter who died in prison in 1996.

From the ABC News story:

… Police had built a strong circumstantial case against Toole, long suspected of the murder, adding if “Ottis Toole were alive today, he would be charged with Adam Walsh’s murder.”

The murder tranformed John Walsh’s life, turning him from a middle-class hotel marketing executive into one of country’s best known advocates for missing children.

Here’s a portion of the statement from the Walsh family:

“It has been more than 27 years since our son Adam was abducted from a Hollywood, Fla. mall, then murdered. . . . Despite an ongoing, 27-year investigation, our son’s murder case has remained open — until now.”

This from the City News Service:

A narcotics unit of the Redondo Beach Police Department announced today the arrest of a suspected drug dealer who turned out to be wanted for two murders in Colorado and was
profiled on “America’s Most Wanted.”

The Redondo PD’s Special Investigations Unit got a tip about an alleged
narcotics dealer who lived in Montebello, said Sgt. Gene Tomatani.

While the suspect was under surveillance Monday, he was allegedly observed
selling methamphetamine to a buyer in a shopping center parking lot in El
Monte, the sergeant said.

Officers arrested 28-year-old Rodolfo “Rudy” Gonzalez, who allegedly had a
small amount of contraband on him, and also took the buyer into custody,
Tomatani said.

When Gonzalez was taken into custody, he casually remarked that he was wanted
for two murders and refused to say more, according to the sergeant, who said
the suspect also gave police a phony name.

Meanwhile, he was jailed in the Redondo Beach lockup, and a search warrant was obtained late last night to search his home in Montebello, where three pounds of methamphetamine and a smaller quantity of cocaine and marijuana were recovered, Tomatani said.

LOS ANGELES — The Board of Supervisors approved a $10,000 reward offering Wednesday for information leading to the arrest and conviction of two men suspected of killing a teen girl in Monrovia Jan 26.
Sammantha Salas was killed in a hail of gunfire outside an apartment complex in the 2500 block of Peck Road in an unincorporated county section near Monrovia called “No Man’s Land.”
An unidentified friend of Salas was seriously wounded in the assault that also left a stucco apartment building riddled with bullet holes.
Along with the reward offering, more information about the shooting came to light. A press release issued by Supervisor Mike Antonovich’s office indicates that Salas and the other teen were approached by two men on foot.
“The two suspects are described as African-American in their 20s, wearing dark colored bandannas or hooded sweatshirts and members of the Du Rock Crips gang,” the press release said.

The saga of Jennifer Lopez Dejongh and her three missing children made America’s Most Wanted Saturday night. Here’s the story:

Police tell AMW that Dejongh was supposed to drop Brian, Christian, and Evan off at Miller’s home on November 17, 2007, for an extended visit, but she never showed.  When it seemed apparent that Dejongh and the children weren’t going to appear at the agreed-upon location, investigators were called in.

Cops say the children are believed to be safe with Dejongh, so an AMBER Alert was never issued for the kidnapped children. Police tell us Dejongh and the missing Miller children may be hiding out on the East Coast, or may have fled to Mexico.  The boys may now have dyed their hair black, or could have shaved heads or crew cuts.

It’s nice to see that the Sheriff’s homicide bureau and Mike Antonovich’s office finally agree that a reward should be offered for information leading to the arrest and conviction of Sammantha Salas’ killers.

Salas was killed Jan. 26 and by my math that makes five months of investigation without a resolution. Homicide detectives felt that incremental releases of information and ultimately the reward would keep publicity in the case from waning. Based on the story’s position Friday in our most viewed stories list, it appears that they were right about sustaining publicity in the case.

The supes will still have to vote on the reward. It’s should be on **Wednesday’s agenda,** but hasn’t been added yet, i’ll keep monitoring that.

6:05 p.m. Friday **Antonovich’s flack, Tony Bell, tells me that the Supes meet Wednesday instead of Tuesday next week in deference to Tuesday’s primary election.**

As for the two being sought, the electronic files containing two composite drawings of men* sought in connection with the Salas case and another shooting are named … 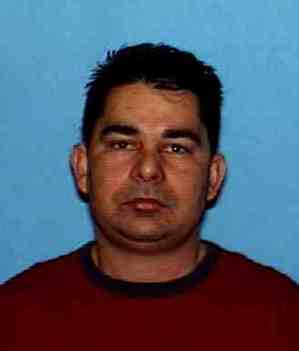 Amanda Baumfeld has been all over this story and plans on filing an update this afternoon. In the meantime here’s a snippet of what she wrote for Friday’s newspaper:

This is a very well put together scam,” said Capt. Joe Hartshorne of the Los Angeles County Sheriff’s Department. “The families are truly victims. They could not have seen this coming.”

A hold has been placed on Singh’s passport and a silver Volvo left in the driveway has been impounded, officials said.

The Los Angeles Times didn’t touch the story in its print version, but did post a blog entry at LA Now.  The story is accurate, but we’re wondering where they got the picture of a “For Rent ” sign.

None of the photographers or reporters who actually visited the scene at 5441 Calera Avenue saw a sign quite like that.

This from MyFOX LA:

A man suspected of killing his estranged wife and stepson more than nine years ago was returned to Southern California Tuesday, according to a broadcast report.

Wang was arrested by Chicago police last Monday after his picture and description were publicized on the Web site of the Fox Broadcasting series  “America’s Most Wanted”  and in Chinese newspapers throughout the United States and Canada, Alhambra police Sgt. George Flannagan said.

So much for FOX.

Here’s what my new favorite Chinese language newspaper, the World Journal is saying about the flight from Chicago to LA and the paper’s role in Wang’s capture (notice they refer to Wang as Wong):

Mr Wong hand and the shackles on the freedom of movement so that he can not only its own activities room for the diet drink. A year ago, Mr Wong stroke symptoms, a slight inconvenience action, with the entire flight performance.

(Alhambra police Detective) Black stressed that Mr Wong on the tattoo, especially the legs Houwang logo for the Chicago police to determine his identity play a crucial role. He also once again on the “World Journal” to play in the case of express my sincere thanks.

Black said that no Chinese media, in particular the World Journal timely reports and cooperate with, it would be impossible to suspect arrested.

This from the wires and the “My LIfe of Crime Blog:”

A man wanted for the murder of his wife and son on Dec. 6, 1998, was arrested today in Chicago, Alhambra police said.

Fu Lin Wang was busted by Chicago PD after his picture and description were appeared on the America’s Most Wanted Internet Web page, and in Chinese newspapers throughout the United States and Canada, Alhambra police Sgt. George Flannagan said.

Wang, who has some pretty unmistakable body ink, was taken into custody without incident, Flannagan said.