HACIENDA HEIGHTS >> A gunman robbed and kidnapped pizza delivery driver late Tuesday, deputies said.
The crime unfolded just after 7:15 p.m. after the delivery man dropped off an order in the 1500 block of Fieldgate Avenue, Los Angeles County sheriff’s Lt. David Infante said.
A man approached the driver while brandishing a black, semi-automatic handgun, the lieutenant said.
He demanded the delivery man’s money, obtaining about $75, he said. He then ordered the delivery driver to give him a ride.
The gunman fled on foot after being driven to the area of Gale and Farmstead avenues in neighboring Industry, Infante said.
He was described as a Latino man between 22 and 25 years old, about 5 feet 4 inches to 5 feet 5 inches tall, 140 to 150 pounds, with a shaved head.
Anyone with information can reach the sheriff’s Industry Station at 626-330-3322. Tips may also be submitted anonymously to L.A. Regional Crime Stoppers at 800-222-8477. 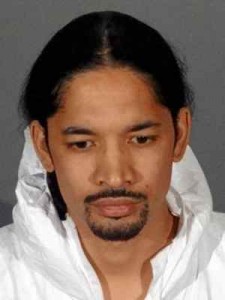 A Covina man who was allegedly stabbed by a Domino’s Pizza delivery man during an argument over late pizza in January is suing the restaurant chain and the driver.
Austin Reilly, 20, filed the lawsuit Tuesday in Los Angeles Superior Court against Domino’s and driver Michael Charles Parker, seeking unspecified damages on allegations of negligence, battery and both intentional and negligent infliction of emotional distress.
Also named as plaintiffs are Reilly’s parents, Owen and Christie Reilly, who witnessed the attack on their son, the suit alleges.
A Domino’s Pizza representative could not be immediately reached for comment.
Parker delivered a pizza to Reilly’s family home in the 1600 block of North Mangrove Avenue about 11:30 p.m. on Jan. 2, Covina police Sgt. Ryan Davis said at the time.
He became involved in an argument with Reilly, who claimed the pizza was late, the sergeant said. The argument turned into a fight, during which the delivery man allegedly slashed the customer in the neck, wrist and hand with an unknown sharp object.
Paramedics took Reilly to a hospital for treatment of wounds described as significant, but not life-threatening.
Police found and arrested Parker, 31, of Glendora shortly before 1 a.m. the following morning at the restaurant on Glendora Avenue in Covina, according to police and Los Angeles County booking records.
Parker was released the day of his arrest after posting $30,000 bail, records show.
Charges were yet to be filed Wednesday, Los Angeles County District Attorney’s Officials said. The case remained under consideration, officials said.
The lawsuit alleges that Parker used a box cutter intending to “disfigure and slay” Reilly and that his injuries were life-threatening.
Domino’s had an obligation to make occasional checks to see that its stores — including the one in Covina where Parker worked — were hiring people fit for the job of dealing with customers in their homes as opposed to in a normal restaurant setting, the suit states.