Even while Colin Kaepernick and his teammates were still on the field in Atlanta celebrating the San Francisco 49ers’ return to the Super Bowl, the alert went out: Squaw Valley is planning a big party for the big game. 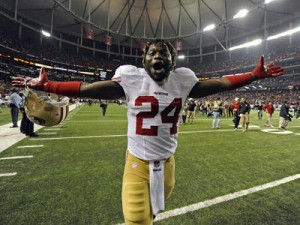 Bring the skis and snowboards along with San Francisco 49er jerseys, join the largest on-mountain Super Bowl party and celebrate “one of the greatest football teams in the country and of all time,” the resort said in a release.

OK, so while the resort’s PR department may have been showing a little 49er fanaticism — and this Jerry Rice has no problem with that — the viewing party will be a benefit for a great cause: the High Fives Foundation.

Founded by Roy Tuscany and based in Truckee, Calif., the High Fives Foundation is dedicated to raising money and awareness for athletes who have suffered a life-altering injury while pursuing their dream in the winter action sports community. Information: www.highfivesfoundation.org.

Squaw will show the Super Bowl on a 16-foot by 21-foot, 49-panel “diamond vision” screen at the KT Base Bar, located at the base of the KT-22 lift. There will be festivities planned throughout the day including giveaways and promotions before, during and after the game.

“We couldn’t pass up this opportunity to celebrate, in the biggest way possible, the success of a football team that our customers are wild about,” said Andy Wirth, president and CEO of Squaw Valley and Alpine Meadows.

After today’s 28-24 win over the Atlanta Falcons in the NFC Championship game, the 49ers will be making their sixth appearance in the Super Bowl. The game will be played in New Orleans on Feb. 3.

For more information about the Super Bowl event at Squaw Valley, visit www.squaw.com or call 800-403-0206.