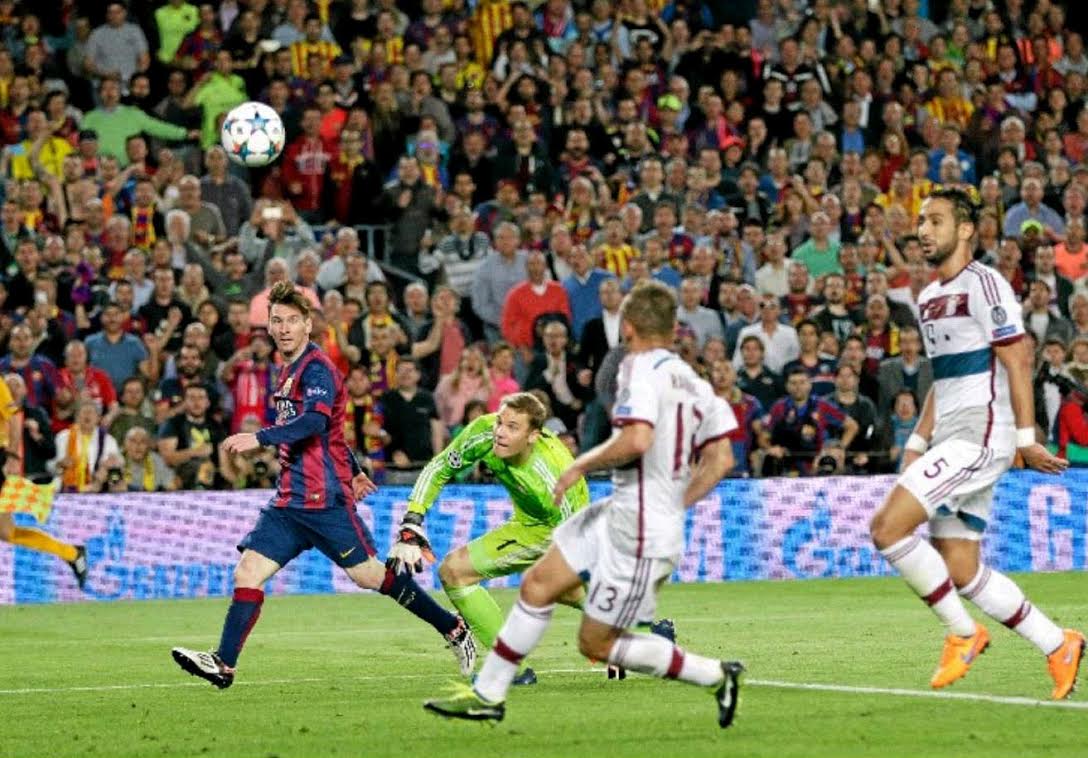 Barca Bombs Bayern: Lionel Messi and Barcelona were rampant Wednesday in all but gutting Bayern Munich’s UEFA Champions League hopes with a masterful 3-0 win over a quality opponent that left the jaws of even cynical soccer reporters dropping (Associated Press photo).

I’d like to thank Lionel Messi and Barcelona for eloquently making the case for my weekly 100 Percent Soccer column in today’s UEFA Champions League semifinal against Bayern Munich where the quality of soccer on display was quite simply stunning.

Soccer can't get much better than this when you've seen genius and the players themselves know it.

Next up later today: Lowly Real Salt lake against a LA Galaxy team nowhere near firing on all cylinders.