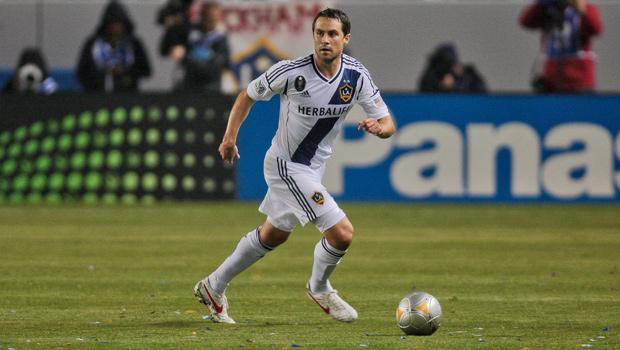 This season hasn’t gone much smoother for the MLS veteran, as he’s battled a calf injury and plantar fasciitis.

Despite limited minutes, Dunivant remains a leader on the team.

“He comes in everyday happy,” defender A.J. DeLaGarza said. “He could be moping around because of his injuries, being a cancer on the team, but he comes here and still does his job. We all look at him still as a leader on this team.”

During Dunivant’s injury-plagued 2014, Robbie Rogers made the full-time move to left back and become the team’s first choice at the position. Since Rogers made his first start at left back, the Galaxy are 23-6-11 in all MLS competitions during which the 28-year-old appeared, including MLS Cup Playoffs and the MLS Cup Final.

Dunivant, a five-time MLS Cup champion, had the best year of his career in 2011. He was named to the MLS Best XI for the first time in his career, tied career-highs with 32 games played and started and played a total of 2,880 minutes. At left back, he helped the Galaxy tie the MLS record for shutouts in a single season.

“What I noticed about Todd and the way that he played was his positioning,” said defender Dan Gargan, who split the 2011 season with Toronto FC and the Chicago Fire. “It was always very smart positioning and as a defender, you don’t necessarily have to be the fastest or most athletic if you put yourself in good spots to make it difficult for players to go against you, and that’s how I remember Todd playing.”

Dunivant was drafted by the San Jose Earthquakes in the 2003 MLS SuperDraft and helped the team to an MLS Cup as a rookie, starting all 30 games and recording six assists. He finished the season as one of just nine players in the league to start all 30 games and played more minutes than any other non-goalkeeper. Prior to the 2005 season, he was traded to the Galaxy and repeated the success of his rookie season by winning another MLS Cup. He played in every minute of every game for the Galaxy in the team’s championship-winning season, becoming the first player in club history to do so.

Despite his winning results, Dunivant never got away from injuries. He appeared in only 16 games in 2004 after winning the MLS Cup. A broken ankle with Toronto FC kept him sidelined in 2008 when he made just nine appearances.

However, when he returned to the Galaxy the following season, Dunivant become a consistent presence in a backline that was undergoing major reconstruction. He appeared in 25 games in 2009 and helped mentor DeLaGarza and Omar Gonzalez, who were both rookies at the time from Maryland.

“Coming from college to the pros is a big step and he’d been here for a while so just having that calming presence in that backline (was important),” DeLaGarza said. “Todd was the calming presence in the back line. He tried to keep us together. We had our bumps, being young, but Todd was always the most consistent player, year-in and year-out.”