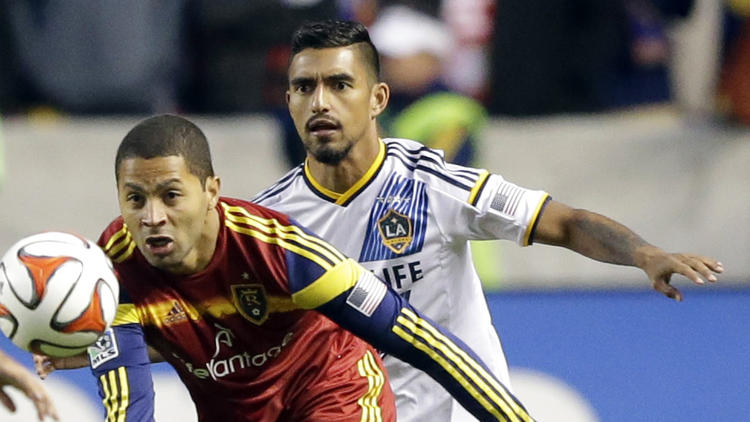 The Galaxy host the only undefeated team in MLS on Saturday as they face Real Salt Lake on Saturday at 7:30 p.m. If not for a stoppage time goal by Marco Pappa in the final 30 seconds of a 1-0 L.A. loss to Colorado, Saturday’s matchup at StubHub Center could have been between two undefeated teams.

At 3-1-2, the Galaxy’s bad days haven’t ended too badly, even when goalkeeper Dan Kennedy suffers a torn groin on the first goal kick of the season or when Steven Gerrard goes down with a calf strain 30 seconds into a rivalry game at home. Through a rash of injuries that started literally in the first minute of the season, L.A. has “managed to keep our heads above water,” head coach Bruce Arena said.

“That’s a positive to take out of it, but we know we can play a lot better,” defender A.J. DeLaGarza said. “The one blemish on our record was a goal we gave up in the 95th minute in Colorado. We’re not the worst team in the league so we need to keep moving forward and strive to get better every day.”

DeLaGarza is one of many Galaxy players who missed time due to injury, as the defender was hampered by a foot injury. The laundry list includes:

Van Damme and Cole’s injuries were minor and the defenders have been solid for L.A. Dos Santos and Gerrard starred in the win over Houston. Rogers is healthy for Saturday’s game, as is Kennedy. Keane is still out for a couple more weeks after knee surgery.