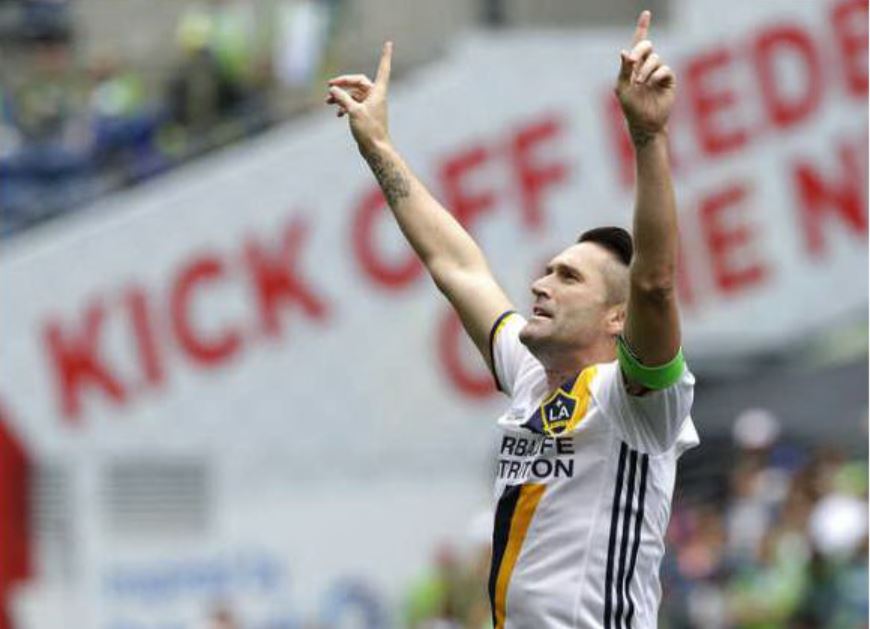 Galaxy head coach Bruce Arena gave his team a B-minus for the first half of its season. After back-to-back league victories, it seems the Galaxy are poised to pull up their final grade by season’s end.

L.A. held on for a gritty 1-0 win over Seattle on Saturday at CenturyLink Field as a clutch save off the line from A.J. DeLaGarza preserved a lead from Robbie Keane‘s 15th-minute goal.

The team that couldn’t stop blowing leads now has two straight clean sheets in MLS play and three straight across all competitions.

“We’re learning,” Arena told reporters after the game. “We lost points in maybe three or four games this year in similar games on the road. It’s good to see we’re growing and understanding what we need to do to close out games.

“On the day, you know you’re going to come in here and it’s never going to look real good. You just have to get a goal and grind it out, and we did.”

All three of the Galaxy’s losses this season came from goals given up in the final 15 minutes and stoppage time of games. During the first 16 matches of the season, L.A. (7-3-8) conceded 10 goals in the final 30 minutes.

The Sounders (5-10-2) outshot L.A. 22-7 Saturday. But when under pressure from a desperate Seattle team chasing a much-needed victory, the Galaxy defense did not break this time.

“We defended a lot tonight and we had to,” DeLaGarza said. “Those are games that we lost points on earlier in the year, and we got out of here with the win today.”

Keane scored his second goal in as many games since returning from international duty. The Irish striker, who celebrated his 36th birthday Friday, tallied his sixth goal this season in only eight games played.

Goalkeeper Brian Rowe recorded four saves to preserve the shutout, but the biggest save of the game came from DeLaGarza. The defender stopped a shot from Sounders rookie Jordan Morris after Rowe came off his line, leaving the net empty.