A move that had been rumored for a couple of weeks finally became official Friday as the Galaxy announced it had transferred defender and captain Jelle Van Damme to Belgium’s Royal Antwerp FC.

The Galaxy digital team is one of the more creative in sports and this week, that creativity reached a new level with a viral video mocking the Portland Timbers in regards to Saturday’s two fouls that led to two yellow cards for Jelle Van Damme.

are we doing this right? ☄️ #shootingstars #memes pic.twitter.com/8wds3Wnop8

Galaxy midfielder Giovani dos Santos and defender Jelle Van Damme were selected to the MLS Best XI, recognizing the league’s top players at each position on the field as determined by media, MLS players and MLS club staff.

In his first season with the Galaxy, Van Damme, 33, developed into the key to the Galaxy defense, making 28 starts. He was a finalist for both the MLS Defender and Newcomer of the Year awards. He ranked third in the league in blocked shots (27) and in the top 10 in interceptions (95).

Dos Santos,27, was also in his first full season with the Galaxy. He was one of two players this season to record double digits in goals scored (14) and assists (12).

Here is the complete team

Galaxy defender Jelle Van Damme was subbed out of Saturday’s game with a knee injury. The extent wasn’t available then, but the defender confirmed Monday that he has a sprained MCL.

Van Damme has been the Galaxy’s top defender this season.

Van Damme has made 17 appearances for the Galaxy in his first year in MLS. The central defender has played a large role in the Galaxy’s strong defensive unit that has allowed 19 goals this season. 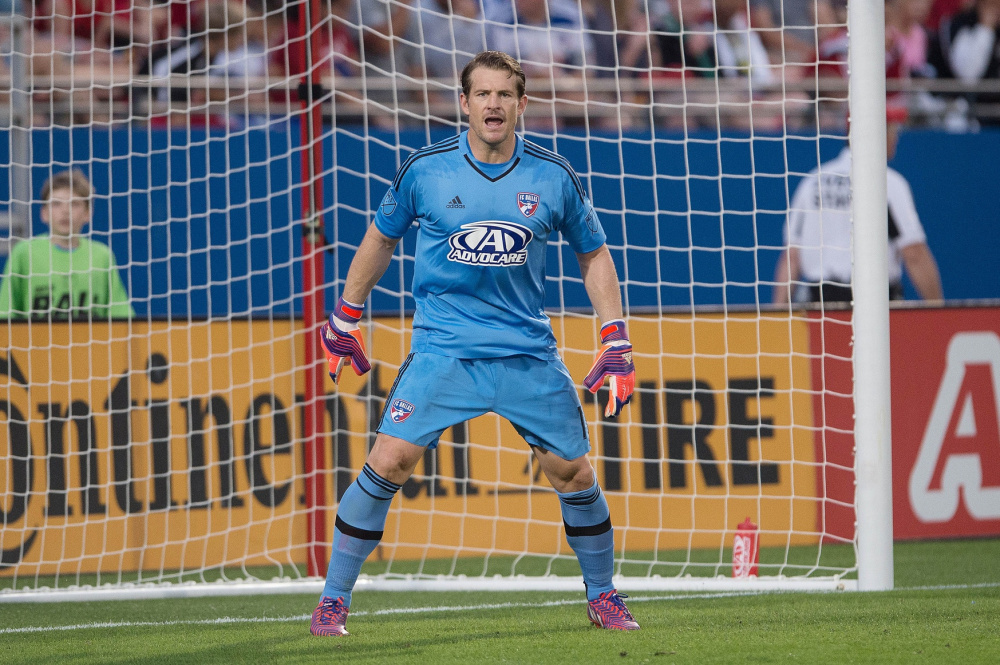 After injuring his leg in the first half of the Galaxy’s season opener against D.C. United, goalkeeper Dan Kennedy is likely out for the team’s game against Colorado on Saturday, head coach Bruce Arena said.

It looked as it Kennedy injured either his hamstring or groin on a goal kick, defender Daniel Steres said after the game. Arena characterized the injury simply as a “muscle strain” while the team continues to evaluate the 33-year-old goalkeeper.

Brian Rowe stepped in to goal and had five saves in the Galaxy’s 4-1 win over D.C. United.  END_OF_DOCUMENT_TOKEN_TO_BE_REPLACED