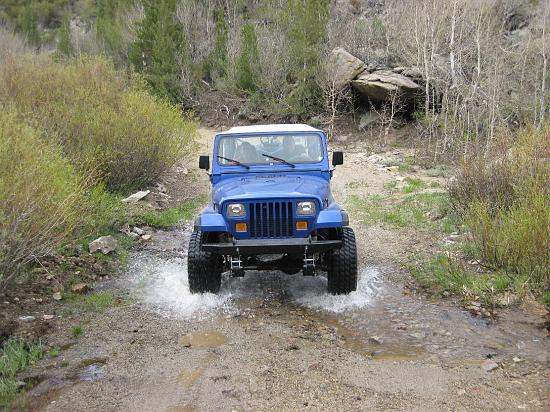 They say necessity is the mother of invention.  So when a lack of snow trashed the economy of the little Sierra ski town of June Lake, civic leaders got together to discuss their plight.

“We were trying to think of more ways to attract tourists,” recalled Ian Fettis. “So I suggested we start a Jeep tour of the local mountains. We would employ local men to serve as the guides.”

The successful mechanical engineer from Costa Mesa knows a lot about starting a new life. The So Cal resident visited June Lake to go skiing and he never left.

“I just fell in love with the little town, so I moved here and built my own cabin,” Fettis explained. He even drives the town’s red fire truck.

“When we get a call, the mayor usually beats me to the fire hall, but he’s also the fire captain,” the amicable engineer reported. “We’re all volunteer firemen helping our community.”

Since it was Fettis’ grand idea, everyone thought he should start the new tourist enterprise. The bearded engineer spent the next two years getting all the permits High Sierra Jeep Adventures needed to carry tourists through the Eastern Sierras.

“We bought some Jeeps because they’re so rugged. Then we put $6,000 worth of custom equipment on them to handle the load,” Fettis explained.

Today, the adventure company takes tourists on four-hour tours of the surrounding mountains. And to add a special twist, they let YOU do the driving. That’s right, they’re happy to turn the wheel over to anyone with a driver’s license. 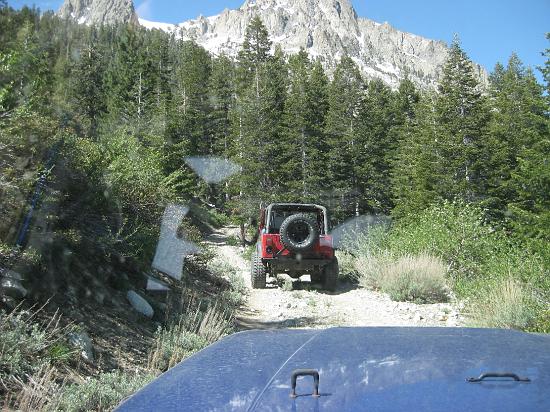 “Our guides teach them how to drive a four-wheel-drive vehicle and guide them along trails that they can handle,” Fettis explained. “We use automatic transmissions so they don’t even have to know how to drive a stick shift.”

Still, there have been complications with this you-drive-it policy. Fettis said one couple from New York became so freaked out about driving the twisty, bumpy trails that they refused to go any further.

“And another couple from San Francisco said they couldn’t handle the peace and quiet in the mountains,” he said. “They were used to the noise and crowds of the big city.”

Fettis encouraged the couple to relax and enjoy the solitude of the mountains. By the end of the week, the urbanites had begun to enjoy small town life and the beautiful scenery.

He enjoys sharing these stories as well as many fascinating facts during a four-hour tour.

“I don’t usually drive too many tours, but I wanted to get out today and enjoy the mountains,” the busy engineer said.

To allay our fear, Fettis decided to show us what the Jeeps could do in the steep terrain. Soon, we were crawling through the woods, slipping between trees on a windy, bumpy trail bracketed by Jeffrey Pines.

Our red Jeep gamely plowed through the crest of the hill, then dropped us down into another valley. The four-wheel-drive vehicle proved as surefooted as a mountain goat.

“Normally, we try and get a feel for what might suit our guests the best. And go with that,” Fettis said.

Guests can learn about the history of the Eastern Sierras, enjoy some scenic views and test their courage on some hair-raising trails.

Soon, it was time for one of us to volunteer to take the wheel. And a plucky Englishman from Tucson stepped up to the challenge.

“I learned to drive my friend’s four-wheel-drive in Panama and we spent a lot of time driving around Latin America,” the Arizona transplant said.

“This is so cool! Fabulous, fabulous views in the mountains as well as these really rough Jeep trails. And this guy gives me a Jeep and tells me to put in low four-wheel-drive and go anywhere you want to. It’s fabulous driving, I’m having a great time,” Rob said.

He felt that anyone who can drive a car well can handle a four-wheel-drive, though they might have a white knuckled grip on the wheel.

“If you have some experience, you can drop it in low and have a nice, relaxed four-wheel-drive experience,” he continued.

Along the way, we enjoyed some great views of the Devil’s Punch Bowl and other caldera. We made several stops to talk about the region, including a short drive along the aqueduct that provides water to a thirsty Los Angeles. 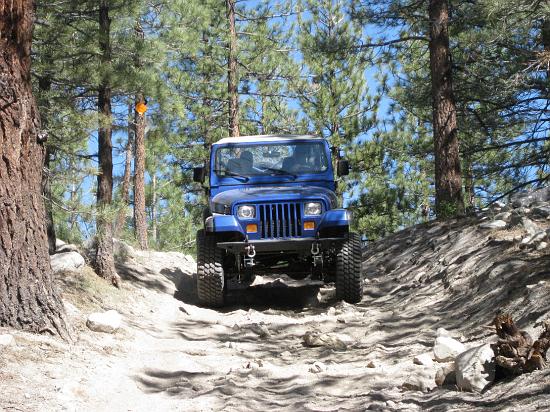 Finally, it came my turn to drive and I jumped behind the wheel. It was fun following our guide as we rolled through the mountainside. With steep slopes and no guard rails, I kept our speed down as my confidence rose.

Time flew by and we headed back to June Lake. Everyone said they had enjoyed our afternoon in the mountains.

A four-wheel-drive tour costs $150 for the first person and $50 for each additional person for up to three. For more information, call 949-294-6588 or see their website at www.highsierrajeepadventures.com.