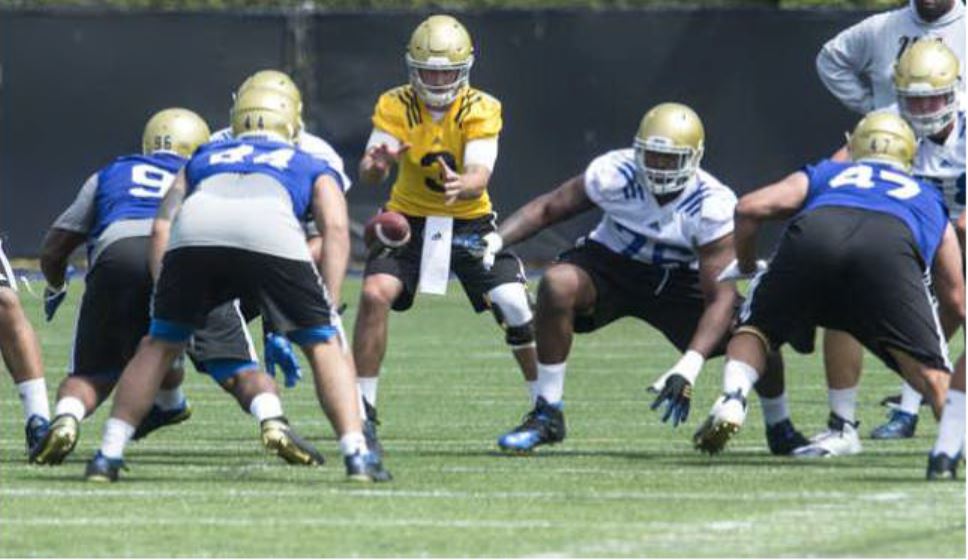 Here is my main story from the opening day of training camp: Josh Rosen is growing, learning and leading in his second year with UCLA.

Here are video interviews for the day:

And here are notes and observations from the day: