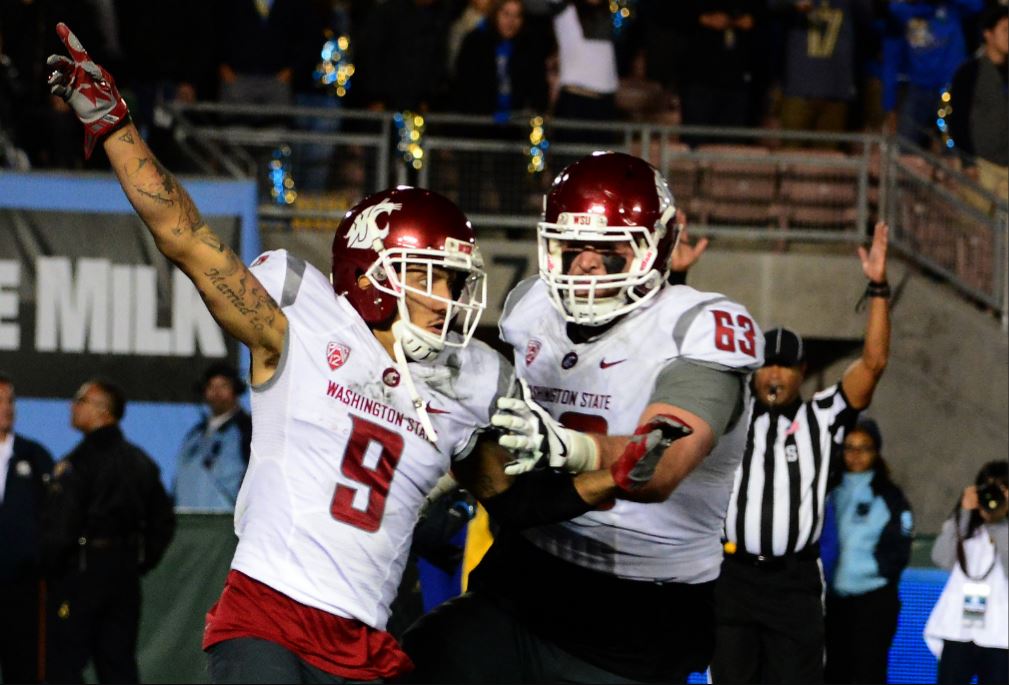 Scouting report: Washington State made a quick turnaround from the team that lost to Eastern Washington in the season opener. The Cougars are coming off big back-to-back wins over Oregon and Stanford in consecutive weeks and are one of just two teams undefeated teams in the conference standings. The WSU defense pitched a gem against Stanford last week, tallying four sacks, two interceptions and forcing two fumbles. On offense, WSU is, as like it always has under head coach Mike Leach, one of the top passing teams in the Pac-12, but the Cougars are no one-trick pony. WSU averages 149.2 rushing yards per game (5.0 yards per carry), which is 10th in the Pac-12, but well above what the team averaged last year (80.5). QB Luke Falk leads the way with receivers Gabe Marks and River Cracraft, while the Cougars have three running backs in their rotation: Jamal Morrow, James Williams and Gerard Wicks.

Series history: Last year’s stunning loss at the Rose Bowl was the first WSU victory over the Bruins since 2007, snapping a five-game UCLA winning streak. UCLA QB Josh Rosen nearly saved UCLA with a 37-yard rushing touchdown with 1:09 left to give the Bruins a lead, but Falk answered right back with a 75-yard drive capped off by a 21-yard touchdown pass to Marks with three seconds left. The 31-27 loss was the first one of the Jim Mora era in which the Bruins led at halftime. Despite 554 total yards, UCLA only mustered 31 points, due in large part to having to kick four field goals.

— Falk leads the conference in completion percentage (74.1) among starting quarterbacks even though he throws more often than everyone but Cal’s Davis Webb.

— Marks is just one of many receiving threats Falk has. The redshirt senior from Venice is second on the Pac-12’s all-time career receptions list with 261, trailing only Colorado’s Nelson Spruce (294).

— The team’s leader in tackles, Pelluer was a crucial player last week against Stanford. His one sack on the season came against the Cardinal and resulted in a fumble.