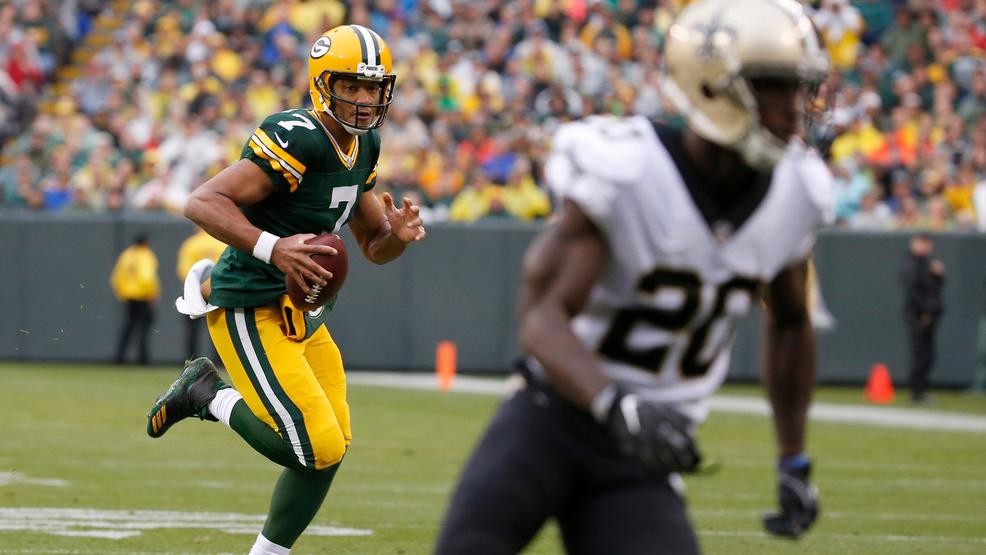 Green Bay Packers quarterback Brett Hundley (7) runs to the end zone for a touchdown during the first half of a game against the New Orleans Saints, Sunday, Oct. 22, 2017, in Green Bay. (AP Photo/Mike Roemer)

In his first NFL start, Green Bay quarterback Brett Hundley showed the feet that helped him become the second-leading rushing quarterback in UCLA history, but he didn’t unleash the arm that owns his alma mater’s record in passing touchdowns.

Hundley rushed for 44 yards on three carries with a 14-yard touchdown in Green Bay’s 26-17 loss to the New Orleans Saints last Sunday, but threw for only 87 yards on 12-for-25 passing with one interception.

Nailed his Lambeau Leap, as well.pic.twitter.com/A51ANvqwEZ

The Saints scored 10 unanswered points in the fourth quarter to pull away late.

Aaron Rodgers is out indefinitely with a broken collarbone, but in his third year behind the star quarterback, Hundley is confident he can improve on his first start.

“I’ve been learning from [Rodgers] for three years and all I have to say is, don’t write us off,” Hundley told reporters. “I think that’s the biggest thing. We’ve got to get better and we will get better, but we’re not out [of it].

On other Bruins in the NFL:

“Obviously we didn’t get the job done today, but we’ll be better,” Hundley said. “We’ll be better.” END_OF_DOCUMENT_TOKEN_TO_BE_REPLACED

Former UCLA defensive tackle Eddie Vanderdoes not only got the start for the Oakland Raiders in his NFL debut, but he got four quarterback pressures and two hits against the Tennessee Titans, according to Pro Football Focus.

The rookie had a 79.2 (out of 100) grade from the analytics website with just one official tackle in the Raiders’ 26-16 win over the Titans. His shining moment was this bulldozing of All-Pro guard Jack Conklin:

Notes on other Bruins in the NFL this week: END_OF_DOCUMENT_TOKEN_TO_BE_REPLACED 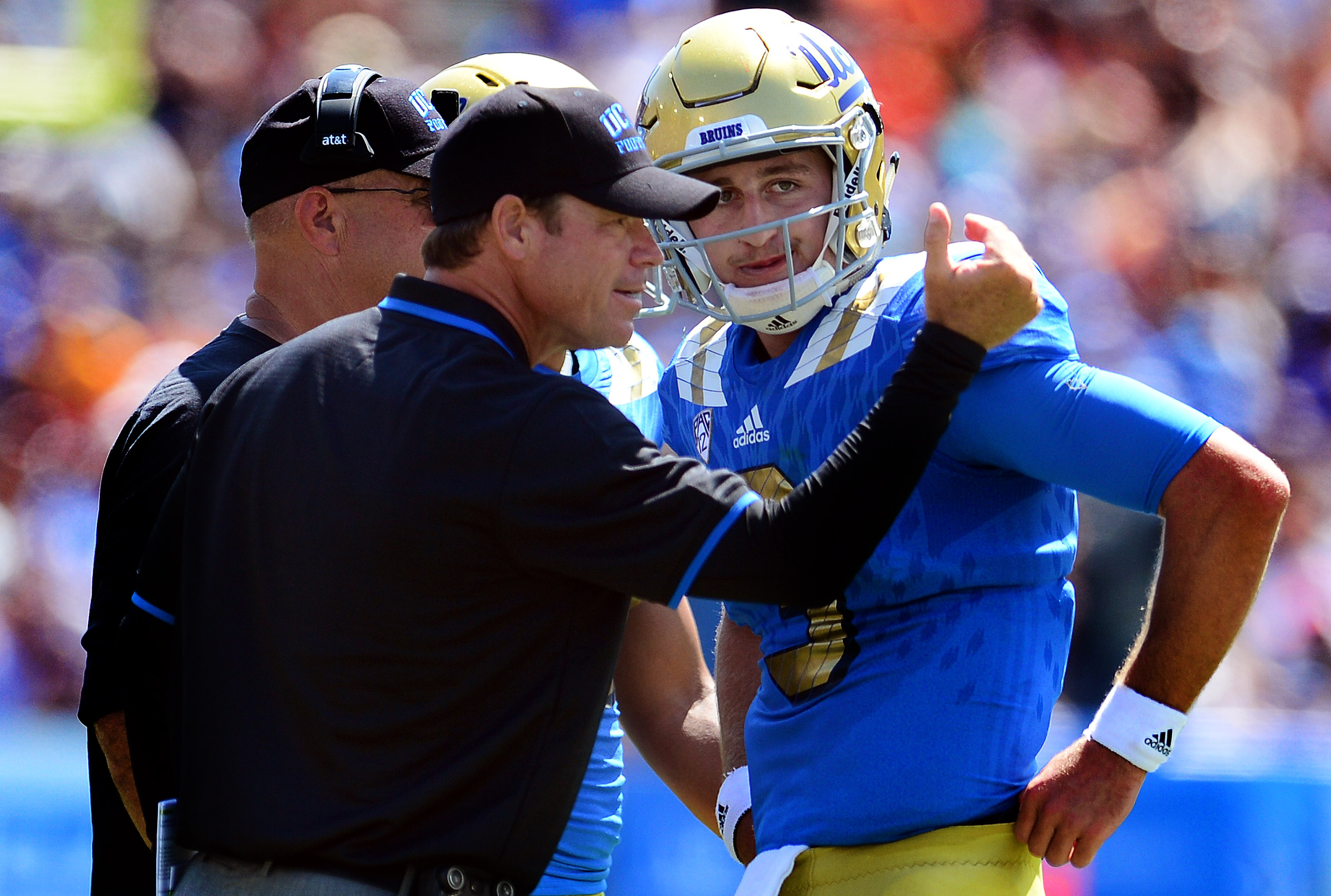 Much has been made of UCLA starting a true freshman quarterback in Josh Rosen, something that had loomed as the biggest question of the Bruins’ offseason.

Rosen has looked more than capable through his first two games, throwing for 574 yards, four touchdowns and an interception. According to Mora, the five-star recruit out of Bellflower St. John Bosco is in a much better situation than he might be in three or four years from now.

“It’s much more difficult to play in the NFL,” Mora said. “I think that anyone that has been in both leagues understands that the NFL is a different animal. The level of play is so much higher than we have here at the college level. I don’t even think it’s close. I think it’s much easier to start as a freshman in college than (as a rookie) in the NFL.”

Mora was the defensive backs coach in San Diego when the Chargers started Billy Joe Tolliver for five games in 1989. The second-round draft pick took the No. 1 job midway through Jim McMahon’s disappointing season, and completed 89 of his 185 passes as a rookie for 1,097 yards, five touchdowns, and eight interceptions.

The next year, rookie John Friesz started the regular-season finale for the Chargers, recording 98 yards, a touchdown and a pick on 50 percent passing in a 17-12 loss to the Oakland Raiders. The sixth-round draft pick became a full-time starter in 1991, Mora’s last year on the San Diego staff.