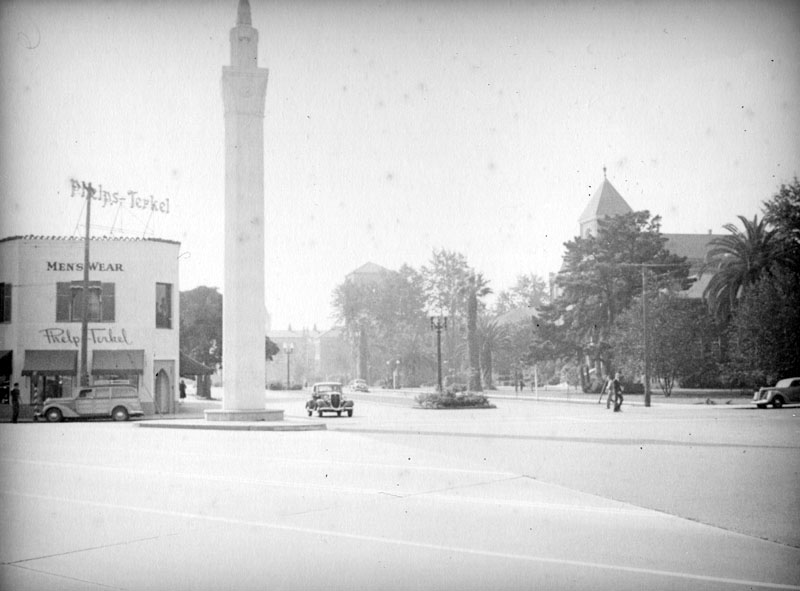 A reader has solved Sunday’s question about where Bill Sharman’s cement footprints were taken in 1950. Apparently, the Phelps-Terkel men’s store (above left) started putting famous USC figures footprints in cement on its sidewalk in the 1940’s and early 50’s. You might recognize the building because it is still on campus and part of academic services.

Brice Taylor, Frank Gifford and Jon Arnett were among those who also placed their footprints in cement. And this site, publicartinla.com, has all the details and notes that three footprints were transferred to the new Tutor Campus Center, including the paws of the famed George Tirebiter, the greatest figure in USC lore. 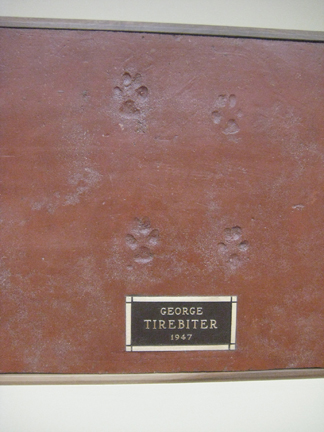