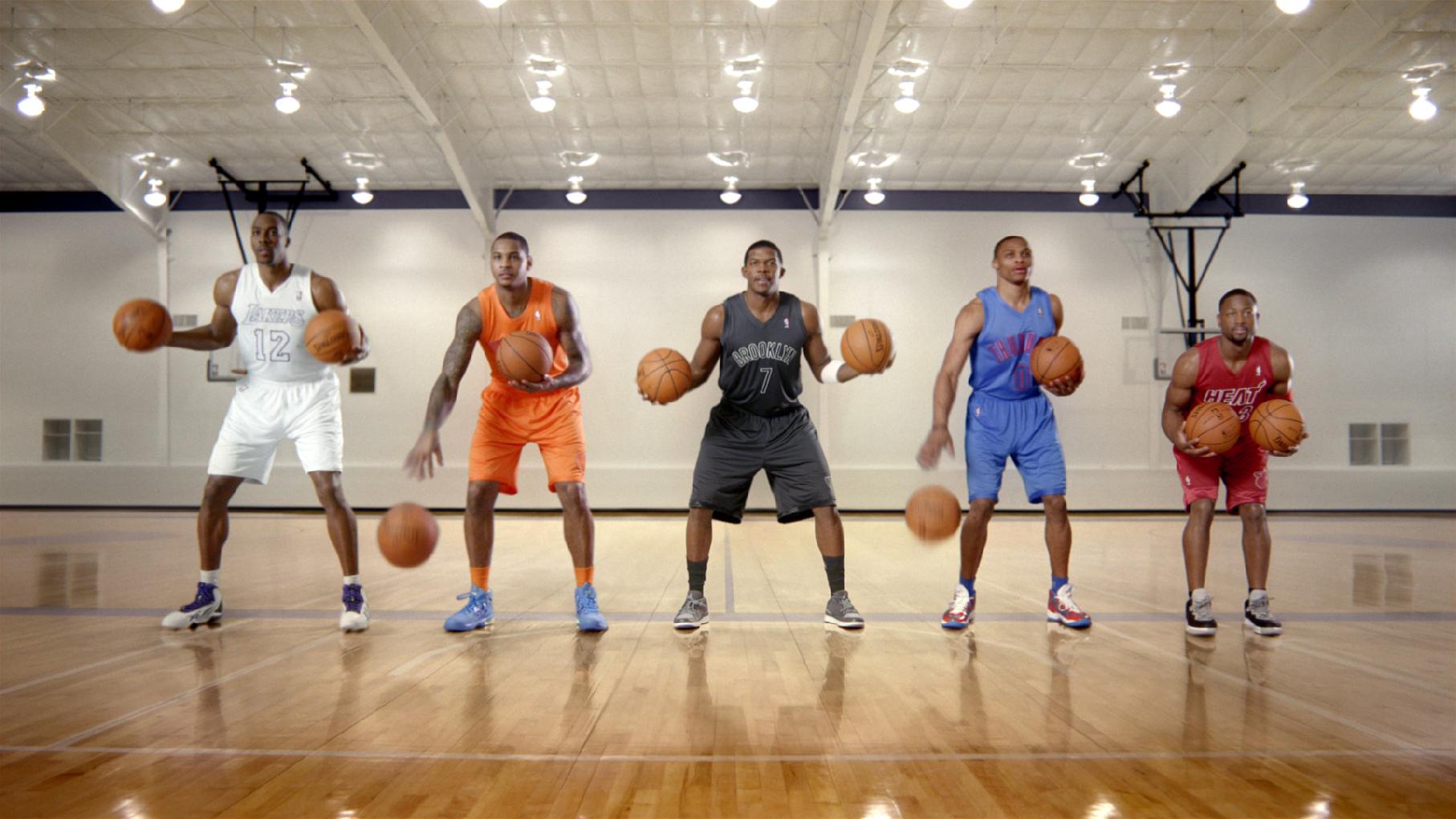 Throughout his entire first season with the Lakers, Dwight Howard’s constantly refrained how it all remains a “process.”

He said it when he rehabbed his surgically repaired back. Howard said it when the Lakers struggled learning Mike Brown’s Princeton-based offense. The Lakers center said it when he’s taken his sweet time getting dressed before talking after the game. He’s said so in regards to the Lakers finding a defensive identity under Mike D’Antoni’s prolific offensive system.

So one can only imagine what the “process” entailed when Howard, Miami’s Dwyane Wade, New York’s Carmelo Anthony, Oklahoma City’s Russell Westbrook and Brooklyn’s Joe Johnson dribbled out the rhythms of “Carol of the Bells.” The NBA filmed this spot to highlight their various Christmas Day games (Boston at Brooklyn, New York at Lakers, Oklahoma City at Miami, Houston at Chicago and Denver at Clippers). The promotional ad also coincided with all the teams playing those Christmas Day games in BIG Color jerseys, which features a basic design with a solid monochromatic color scheme and team logo. (all available at NBAStore.com) For the Lakers, they’ll be sporting white jerseys.

Howard has an in depth musical taste. He’s played his extensive playlist to reporters before games, which includes gospel, r & b, hip hop and oldies songs. Howard also grew up singing in the choir. So it’s not surprise that Howard would be a good fit for this promo. But as the Lakers know all too well in syncing their talented starting lineup together, filming that spot surely became a “process.”

The uniforms feature a very basic design with a solid, monochromatic color design, team logos and a very minimal amount of color.

Dwight Howard happy to be in Los Angeles rather than Brooklyn