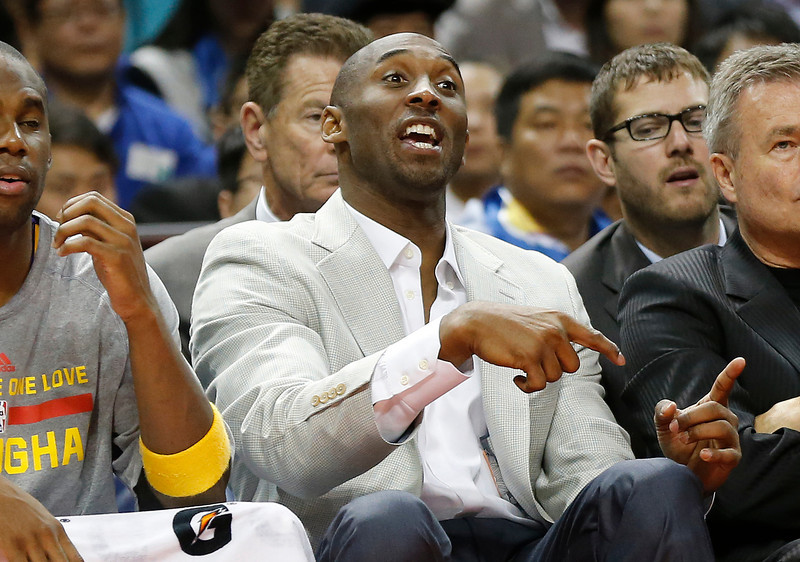 Despite shooting and sprinting in pre-game warmups of the Lakers’ preseason loss to Golden State Friday in Shanghai, Kobe Bryant didn’t participate at all in Sunday’s practice and opted for treatment on his torn left Achilles tendon.

With the Lakers’ season opener 10 days away, when will Bryant begin practicing?

It appears the Lakers are already bracing for playing without Bryant for at least the beginning of the regular season.

“He has a big desire to come back, but he understands there has to be a few steps he needs to take in order to come back,” Lakers forward Pau Gasol said. “I don’t think he’s taken those steps. Let the rehab and progress develop on its own. He’ll come back when he’s going to come back, whether it’s a week, two weeks, one month, two months, who knows.”

With that uncertainty, the Lakers’ dynamic will change in various ways.

For one, either Steve Blake, Nick Young or Jordan Farmar could start at shooting guard for however long Bryant stays sidelined. It also leaves a both a leadership and scoring vacuum.

With Gasol the longest tenured Laker behind Bryant and a likely focal point in the post this season, he plans on taking control of the locker room. He already has taken steps with that, averaging a team-leading 14.2 points on 47.2 percent shooting through five preseason games.

Meanwhile, Lakers forward Nick Young appears the most capable player filling Bryant’s ability to create his own shot at a high volume.

Through six preseason games, Young has averaged 13.3 points on a team-leading 68 field-goal attempts, which eclipses Gasol’s 53 shots. Young also disclosed that Bryant has frequently talked to him about how he should attack defenses and encourages him to watch film more of his game.

What has Young learned working with Bryant?

“He’s everything I thought he’d be,” Young said. “He’s been on pace with it. He takes the game seriously and is so passionate about the game. He studies the game and it’s interesting the way he carries himself before the game. Even though he’s not playing, he’s there early getting treatment and doing the things he’s supposed to. Being a professional.”

There was one thing about Bryant that surprised Young.

“I didn’t know he had a sense of humor,” Young said. “I thought he was a robot.”

Photo gallery of Lakers’ preseason loss to Warriors in Shanghai