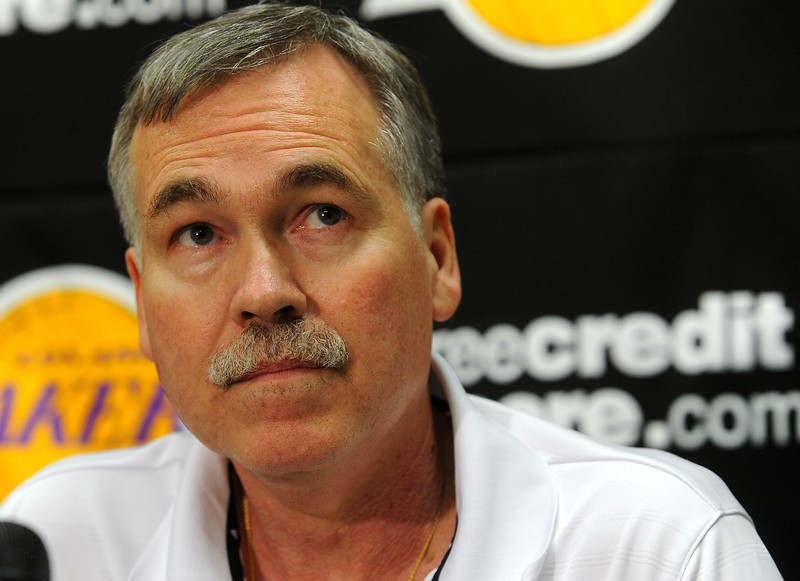 Unlike most of those that tweet, leave comments on message boards or call the radio airwaves, Barkley wasn’t among the many piling on D’Antoni for his two tumultuous seasons with the purple and gold. Instead, Barkley took directly aim at a player he once teamed up with on the 1992 Dream Team.

Happy days are here again! Mike D'Antoni resigns as the Lakers coach. I couldn't be happier!

“Magic Johnson is bigger than that,” Barkely said Wednesday night on TNT. “Mike D”Antoni is a good coach. They didn’t give him a lot to work with.”

Well, the Lakers have plenty when he joined them five games into the 2012-13 season with a star-studded roster in Kobe Bryant, Dwight Howard, Steve Nash, Pau Gasol and Metta World Peace. But Nash had a major leg injury, Bryant and Howard had a major personality clash and D’Antoni had major philosophical differences with both Howard and Gasol on his fast-paced offense that put less of a premium on post play.

This year, the talent cupboard went bare. The Lakers finished with a 27-55 record, sixth-worst in the NBA, which in large part stemmed from the players missing a combined 319 games because of injuries, most notably to Kobe Bryant (torn left Achilles tendon) and Steve Nash (nerve root irritation in back). The Lakers also assembled their roster featuring a barrage of players — many of whom either lacked success or prominent roles elsewhere — on one-year deals.

That’s why Barkley hardly took issue with D’Antoni wanting assurances the Lakers would exercise his team option for the 2015-16 season.

“I think he realized the Lakers are not going to be any good next year,” Barkley said. “Mike D’Antoni is a good coach, a great guy and a great coach. But he knows they weren’t going to be good next year and would just be fired next year. To coach next season on a mediocre team and get fired at the end of the season, it’s a tough situation. The Lakers are going to stink next year. He didn’t want to go down with the ship.”

D’Antoni remained largely unpopular with the Lakers’ fan base after he was chosen over Phil Jackson to replace Mike Brown five games into the 2012-13 season. D’Antoni’s 67-87 record (.435) through two seasons entailed countless injuries, mixed support for his fast-paced system and subpar defensive performances.