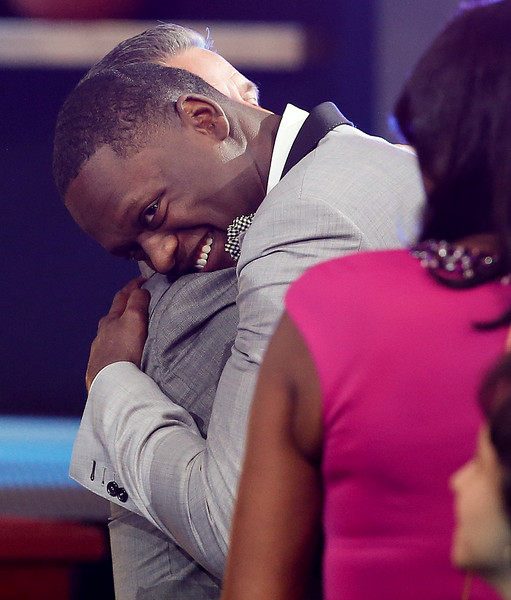 Julius Randle showed up late on his first day of work with the Lakers, but the reasons had nothing to do with sleeping in, staying stuck in traffic or doing anything negligent.

It had everything to do with Randle visiting two different doctors on Monday both to have a physical and further assess whether his right foot needs surgery. Then, Randle arrived about a half hour late at the Lakers’ facility in El Segundo for his introductory press conference, speaking glowingly about the Lakers’ drafting him seventh overall and teaming up with Kobe Bryant. But Randle will hardly have much time to bask in that attention. He plans to fly to Indianapolis on Tuesday where he will visit another doctor, according to sources familiar with Randle’s itinerary.

Although they will not have full clarity until the end of this week, the Lakers do not expect Randle will need surgery to treat a right foot after a pin was incorrectly placed there when he broke it while playing for his Dallas-area high school.

“Right now, based on his performance and his play last year through a full schedule,” Lakers general manager Mitch Kupchak said, “we don’t expect anything different to come up.”

The Lakers expressed similar optimism following the NBA Draft last week, but Randle had noted he would have more clarity when he visits a series of doctors to determine his rehab. Still, Randle averaged a league-leading 24 double doubles for the University of Kentucky and played in all 40 games last season. Because of that Randle said he “plans to play” in the Las Vegas Summer league from July 11-21.