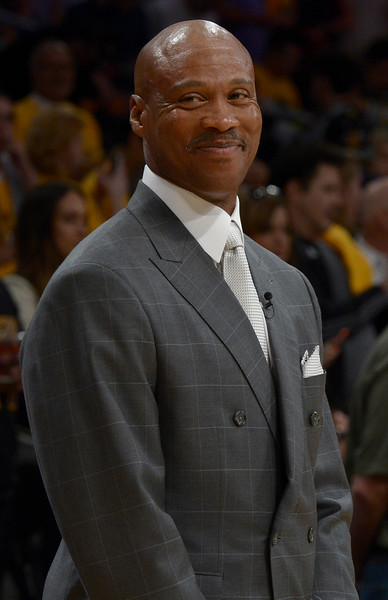 Once he became the Lakers’ coach, one of of Byron Scott’s first order of business entailed immediately speaking out on an issue that has loomed this city in recent years.

“I don’t think L.A. has gone to the Clippers yet anyway,” Scott said. “This is still a Laker town. Period.”

Yes, the Lakers may enter tonight’s designated home game against the Clippers at Staples Center with an 0-2 record and season-ending injuries to Julius Randle and Steve Nash. The Lakers also lost three of their last four meetings last season with the Clippers by an average of 35.67 points per game.

But that doesn’t suddenly erase the equity built with the Lakers winning 16 NBA championships to the Clippers’ zero.

Even then, the Lakers would still exceed the Clippers in championships. But’s such a well known fact that the Lakers still retain a much more powerful fanbase than the Clippers that newcomer Jeremy Lin hardly thought the Lakers played second fiddle during the team’s recent struggles.

“It’s apples to oranges when you’re talking about the history of the organization,” Lin said. “On paper or with predictions, they’re supposed to be the better team. I don’t know how that affects anything. But I feel like more people in this town are Laker fans.”