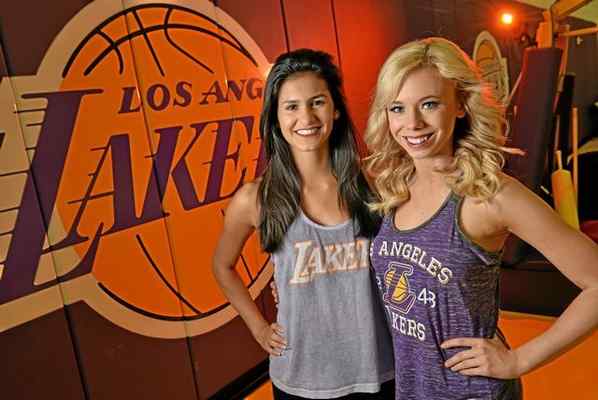 Laker Girls The Laker Girls will walk with the float in the 127th Rose Parade. (Photo by Robert Casillas/Daily Breeze, file)

Few anticipate the Lakers will host a championship parade along downtown Los Angeles next June. But the Lakers will take part in another parade, announcing on Tuesday the franchise will have a float in the 127th Rose Parade on New Year’s Day.

The Lakers said the front of the float will feature unnamed guests with a replica of the NBA championship trophy, while Laker Girls will perform alongside the float. A large animated basketball will sit at the center of the float, which will spin while circling the rim to simulate the final seconds of a close game. Fireworks and streamers will the be fired from the base of the hoop, which will also have 16 stars to represent the number of championships the Lakers have won in their 67-year-old history.

The rear of the float also will feature Kobe Bryant’s jersey as well as those for the nine retired ones, including Wilt Chamberlain, Elgin Baylor, Gail Goodrich, Magic Johnson, Kareem Abdul-Jabbar, Shaquille O’Neal, James Worthy and Jerry West. The shape of the rear platform has also been constructed to convey rippling water in homage to the Lakers’ origins in Minneapolis.

“The Rose Parade is a timeless tradition on New Year’s Day and the Lakers are enthusiastic to celebrate the start of 2016 with the rest of the country in this fashion,” Lakers President Jeanie Buss said in a statement. “Our entry into the Rose Parade is the first of its kind for an NBA team, and we’re looking forward to joining the spirited festivities.”

The 30-foot-tall, 18-foot-wide and 55-foot-long float is designed by Charles Meier and built by Paradiso Parade Floats. The float will also feature 20,000 Florigene Moonlite carnations and Kerio roses to complement the Lakers’ purple and gold colors.