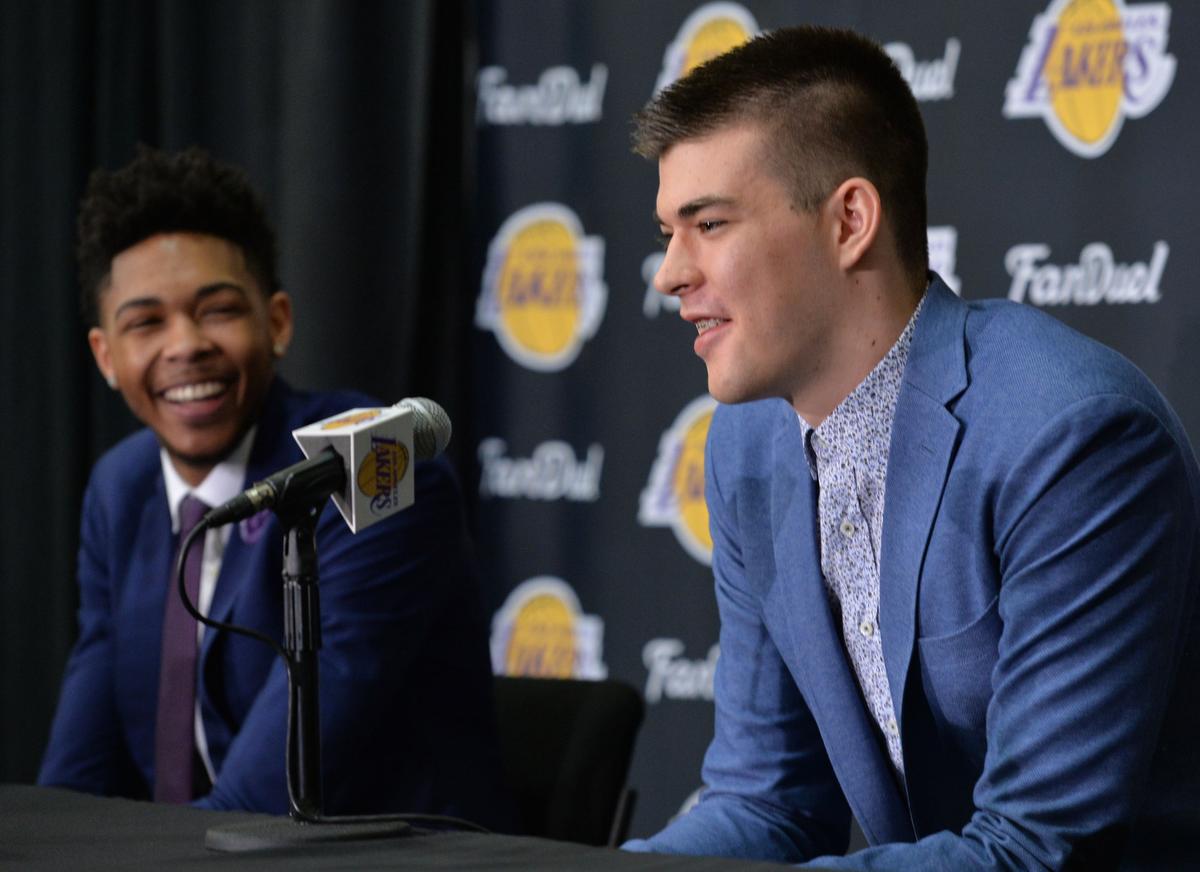 Zubac maintained his mid-range game and post presence is “nothing new.” Yet, he conceded he felt negatively affected with his development in Croatia after becoming mostly a screen setter.

Scott did not come close toward resorting to such restrictions during his two-years coaching the Lakers. Still, he downplayed the importance of the 3-point shot despite eight of the last 10 NBA championship teams leading the league in both three-point shooting and attempts. Scott mostly justified his diminished view of the 3-point shot because the Lakers hardly matched the personnel of other thriving outside shooting teams, including the Warriors.

That hardly describes how the Lakers’ current coaching staff thinks.

“We’re letting it fly man!” Mermuys said. “We want to empower our guys. We want them to feel confident and let it fly, especially in summer league. If that thing comes to [Zubac], he has to be ready and line it up. It looks good.”

Lakers second-year guard D’Angelo Russell observed that Zubac is “still coming out of his shell a little bit.” That not only describes becoming acclimated to the United States. That could also describe Zubac adjusting to his role. Zubac reported Mermuys has instructed him to “look for the ball more.”

“It’ll come with experience and his aggression,” Russell said. “As the games go on, he’s getting more aggressive. We’re finding him and getting easy touches. He’s getting around the basket a lot. He’s finishing around the basket a lot and knocking that 15-footer down and the easy two. He’s picking that trust because we know he can make that shot.”

So much that the Lakers believe Zubac can also make 3-pointers, something that neither Bynum achieved nor that Scott embraced.