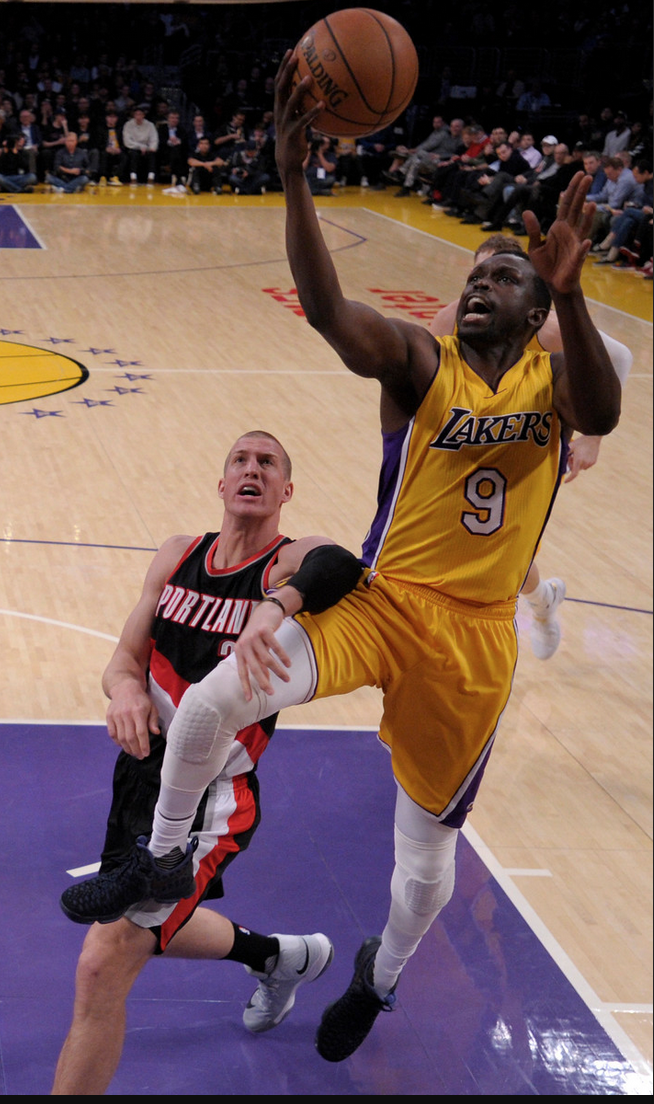 Though he has remained open for most of his NBA career surrounding his journey as a South Sudanese refugee, Lakers forward Luol Deng initially stayed silent on U.S. President Donald Trump issuing a temporary ban. That order began last weekend on non-American citizens from seven Muslim-majority countries, with Trump citing security concerns related to terrorism. But after further studying the issue, Deng critiqued the new policy in a Twitter post released on Monday afternoon.

“It’s important that we remember to humanize the experience of others,” Deng wrote on Twitter. “Refugees overcome the immeasurable odds, relocate across the globe, and work hard to make the best of their newfound home. Refugees are productive members of society that want for their family just as you want for yours. I stand by all refugees and migrants, of all religions, just as I stand by the policies that have historically welcomed them.”

Though the temporary ban includes those from Sudan, Iran, Iraq, Libya, Somalia, Syria and Yemen, Deng is not expected to be affected for a few reasons. Deng was born in Wau, Sudan, which became part of an independent South Sudan in 2011. In addition to having dual citizenship with South Sudan and Great Britain, Deng also has a green card issued in the United States. The Lakers made their lone visit out of the country this season early December in Toronto.

Yet, Deng sounded mindful on how the new immigration policy could have affected him earlier in his life.

After his father, Aldo Deng, served in the Sudanese parliament and as the nation’s Minister of Transportation, Luol Deng and his family fled the war-torn country to Egypt when he was five years old. Great Britain later granted his family political asylum before he eventually became a British citizen in 2006. At age 14, Deng moved to the United States to attend Blair Academy, a prep school in Blairstown, New Jersey. Deng’s Twitter post included the hashtag, “Proud Refugee.”

“I would not be where I am today if it weren’t for the opportunity to find refuge in a safe harbor,” Deng wrote on his Twitter account. “For the people of South Sudan, refugee resettlement has saved countless lives, just as it has for families all over the world escaping the depths of despair.”

Deng has not spoken to reporters after practice on Sunday and Monday about Trump’s recent executive order. But Deng plans to be available for comment following the Lakers’ game on Tuesday against the Denver Nuggets at Staples Center.

Lakers’ Luke Walton plans to start Ivica Zubac, but when?