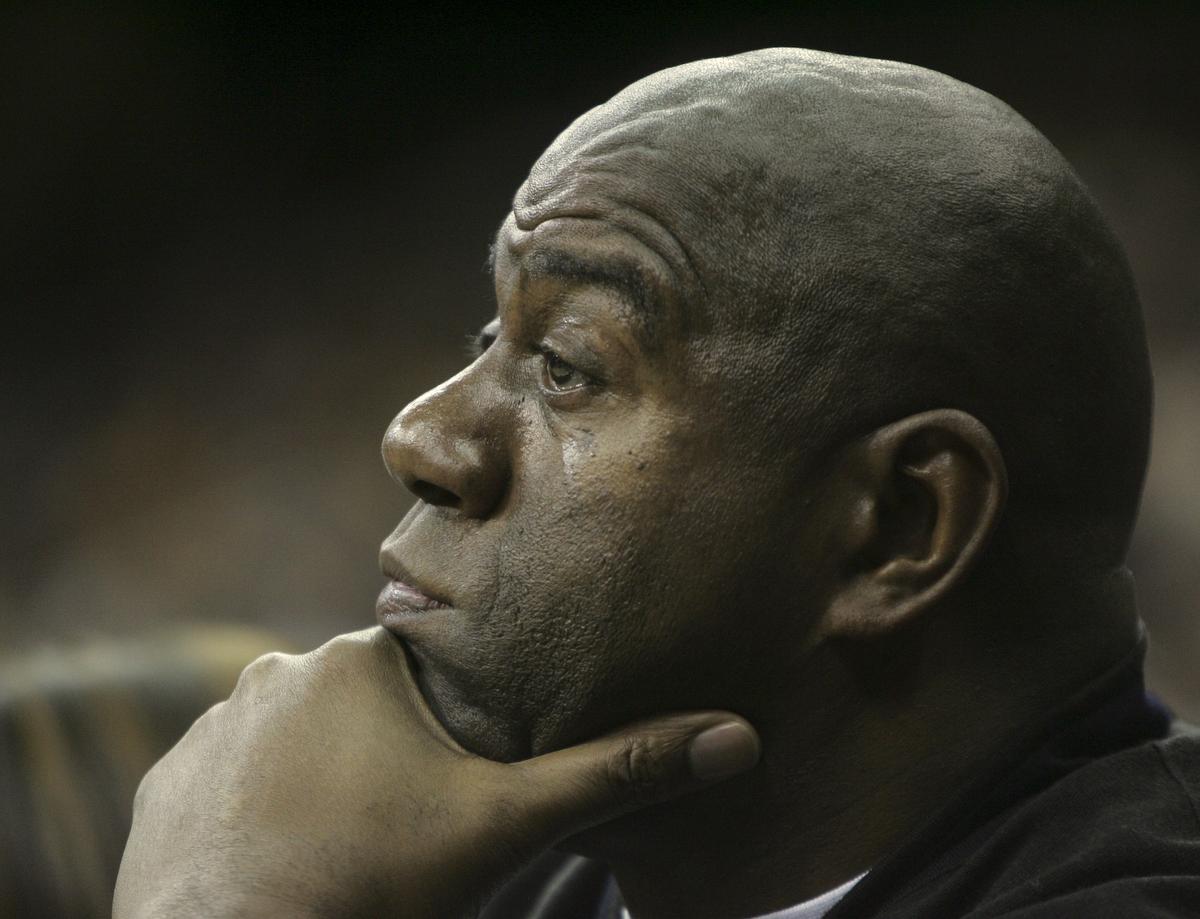 The circumstances have not allowed a certain development to happen as fast as Magic Johnson ran the fast break.

Though the Lakers named Magic Johnson last week as an advisor for both the team’s business and basketball operations, Lakers coach Luke Walton has yet to meet with him about his role for a few practical reasons. The Lakers had completed a five-game trip last week. The Lakers (19-37) have games this week against Sacramento (23-32) on Tuesday and on Wednesday in Phoenix before the team takes off during NBA All-Star weekend in New Orleans.

“When I get some free time, I would love and looking forward toward sitting down with Magic,” Walton said. “It’s going to happen. There’s just no time right now.”

Although plenty of clarity will emerge on Johnson’s exact day to day operations, he has outlined in interviews with Spectrum SportsNet, USA Today and CBS that he hopes to mentor the team’s players and become involved in free agent pitches. Amid a possibly evolving role, it appears Johnson’s initial workload will entail providing feedback and working with the Lakers’ players.

Johnson had a phone conversation last week with Lakers second-year guard D’Angelo Russell, whom he has called on to become the team’s leader.

“It wasn’t anything about a knowledgeable conversation,” Russell said. “He’s ready to work with me with every opportunity he gets.”

Considering he views Johnson as “one of the top point guards ever to play this game,” Russell sounded open minded on any feedback Johnson wants to provide.

“Whatever he has to offer, I’m going to be a sponge to,” Russell said. “I don’t want to put a nail on anything specifically. Just be a sponge.”

Walton sounded just as open, including how to help the current Lakers emulate the Showtime teams that thrived with a fast-court offense and disciplined defense.

“When the time is there, we’ll sit down,” Walton said. “We’ll obviously coach this team the way we think is best for our guys to win and gives us a best chance for growing in a certain direction for the future. But obviously we’d love to have Magic’s input on those type of things.”

Walton already has agreed with Johnson’s input where he said in a CBS interview that it would likely take between three to five years for the Lakers to rebuild. They have missed the NBA playoffs for the past three years, while finishing with the worst record in franchise history in the past two seasons.