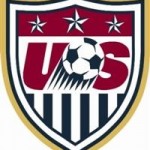 The knives were out from commentators in the wake of the insipid U.S. offensive performance against a young Canadian team trying to keep the score down in a less than compelling 0-0 tie Tuesday night in Houston that served mainly to show how lacking in inspiration the Americans are without the Galaxy’s landon Donovan.

LA central defender Omar Gonzalez, however, the subject of much attention before the game, generally fared well in the eyes of most observers and was among the highest rated U.S. players on the night:

New York Times: Against Canada, Gonzalez was not asked to do a lot but he looked decent the few times he had to make a play. On set pieces he was in good positions to be dangerous but could not capitalize. While not much was learned about Gonzalez tonight, he will most likely be involved with the team in 2013. Rating 5.5

SI.com: Omar Gonzalez, 6.5 — All eyes were on Gonzalez Tuesday to see what he could do in a national team uniform. Only problem is, he was never really tested defensively, so it’s hard to take much away from his performance. Gonzalez’s distribution was sound, and he was an asset in the attack, with his header off a feed from Benny Feilhaber in the second half being the closest USA came to scoring. Even though Gonzalez didn’t do anything to really raise his stock, he did not hurt it either. He likely has himself a ticket to San Pedro Sula next week for a place on the U.S. roster that will take on Honduras.

MLS.com: Omar Gonzalez (6.5) – It was a clean outing from the LA Galaxy defender. Gonzo would have been the star if he’d been able to put away one of those restarts.

Soccer America: 6 Omar Gonzalez (Los Angeles Galaxy) 3/0. Strong in the air and confident on the ground, Gonzalez also asserted himself in other ways. He looked like a leader, gesturing to his teammates and organizing them as necessary, since he had the middle locked down. On a well-timed leap he headed a free kick over the crossbar and he also served well as a decoy to draw defenders.

A.J. DeLaGarza did not see action.

Here’s what Gonzalez had to say: