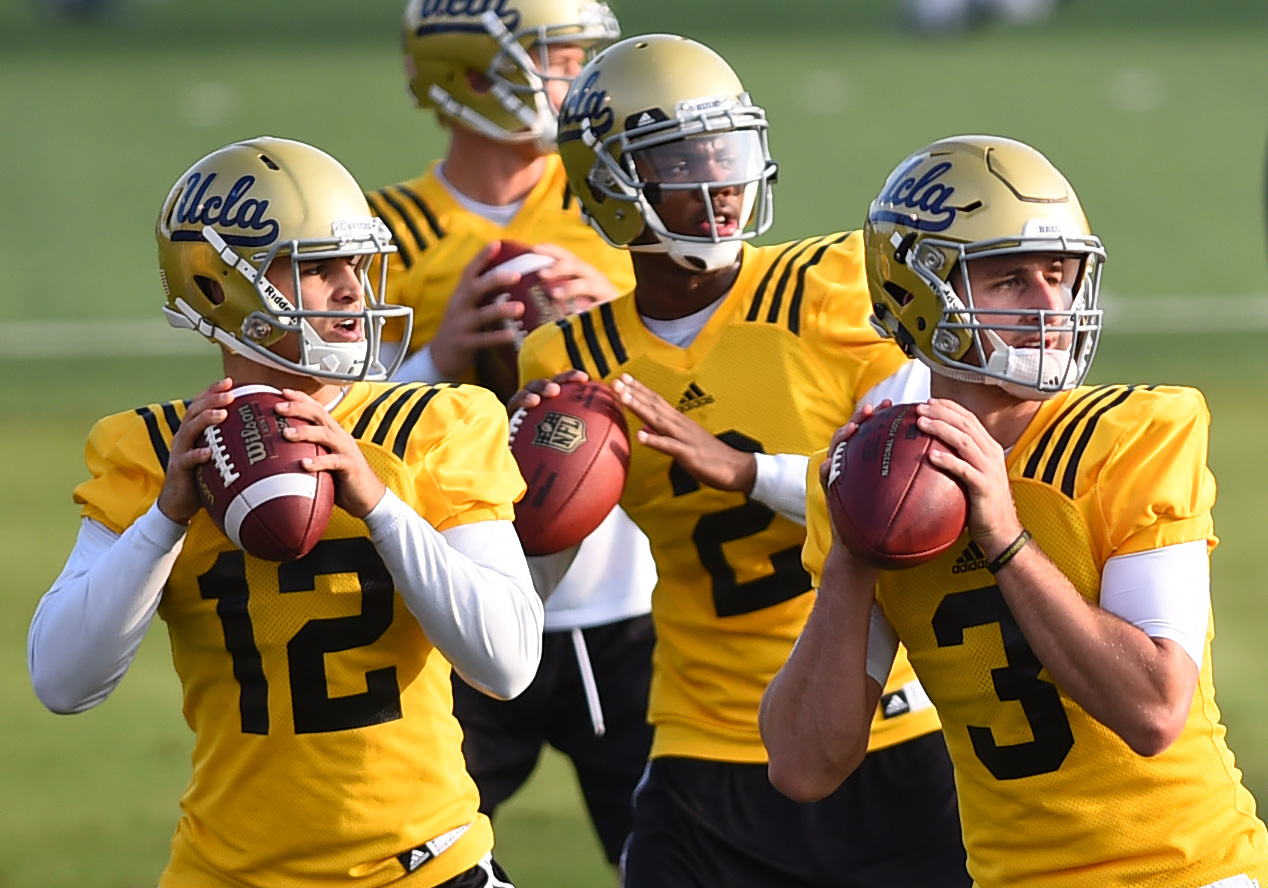 For those still skeptical, here’s the quick argument for UCLA to start a first-year player at a position where first-year players have historically struggled. First, he ran a similar offense while starring at Bellflower St. John Bosco, from which he graduated early. That allowed him to enroll at UCLA not only in time for spring camp, but all the way back in January. By the time, the Bruins’ start their season, he will have been in the program for eight months.

But the more salient point is that Rosen simply looks better than his competition. While he looked a bit uneven at times during one-on-one or seven-on-seven drills, the 6-foot-4, 205-pounder shined more often than not in full scrimmages. Facing an actual pass rush during 11-on-11s, Rosen made throws that no one else on the roster could match. Combine that with the fact that UCLA is returning every other starter on offense, and this becomes as good a time as any to toss a first-year quarterback into the fire.

Now, this could change within the next few months. Maybe the Rosen regresses when he sees real competition, or maybe Asiantii Woulard takes a significant leap forward. Let’s assume, for the sake of projecting the Bruins’ future, that Rosen does win the starting job. UCLA has won 29 games under Mora, including back-to-back 10-win seasons. Anything less than that might feel a bit disappointing for fans. Rosen will have his growing pains — keep an eye out for that one-touchdown, three-interception game — but he also gets a schedule that’s easier than what the Bruins faced in past years. Virginia, UNLV and BYU aren’t powerhouse programs. Oregon is completely absent from the regular-season slate. USC will mark the final game in November, reducing risk of a post-rivalry letdown. Winning nine games, even with a new signal-caller, is not an outlandish proposition.

If Rosen is named the starter, say, the week leading up to UCLA’s season opener against Virginia, what does that mean for the rest of the quarterbacks? Neither Jerry Neuheisel nor Mike Fafaul are significantly affected. Both are quality backups who could step in and guide an offense in a pinch, but don’t have the skill sets to start at another major conference program.

The big question would be the fate of Woulard. The redshirt sophomore once looked like an underrecruited gem, showing off a bigger-than-expected arm through his first camp in August 2013. His progress has stalled since then, but the former Elite 11 MVP finally found some rhythm this April. In the latter half of spring camp, he strung together some of the best practices he’s had as a Bruin — proving how valuable he could be to the position, even if he doesn’t win the starting job. Whether or not UCLA coaches can convince him to stay as a backup will be the most interesting twist left on the quarterback depth chart.