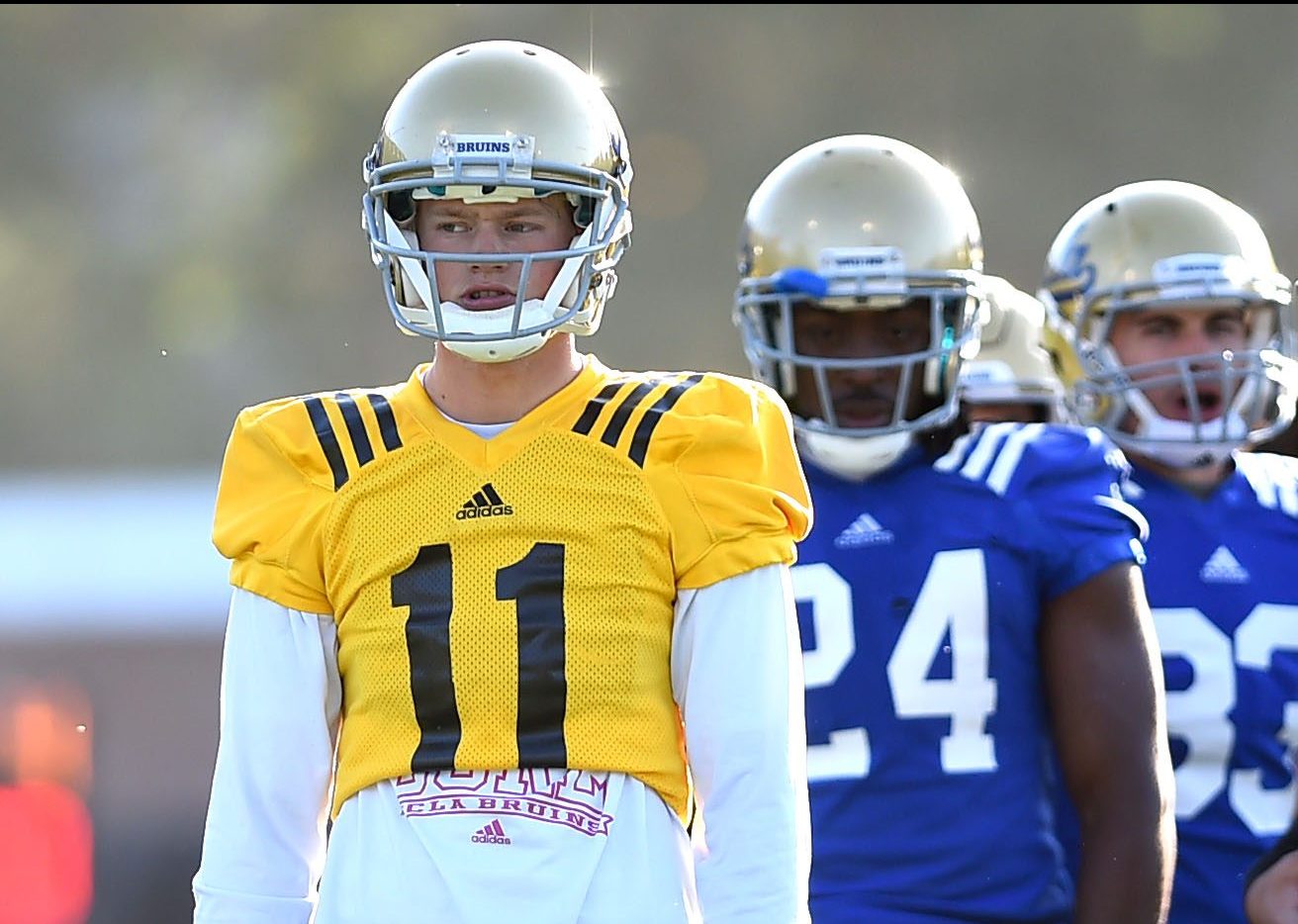 After playing at UCLA, Jerry Neuheisel moved to Japan and is now playing professionally with the Obic Seagulls. (Andy Holzman/Staff)

The eight former UCLA players who were drafted in this year’s NFL Draft and the four more who signed as undrafted free agents aren’t the only former Bruins embarking on professional football careers right now.

Former UCLA quarterback Jerry Neuheisel is currently playing professionally in Japan’s Obic Seagulls after he passed on his final year of eligibility with the Bruins.

The Japan Times caught up with Neuheisel after he played a spring tournament game this past weekend against the All-Mitsubishi Lions. He tossed a 67-yard touchdown pass on his first play, but also threw two interceptions during the game.

He told The Japan Times that he was “pleasantly surprised” with the talent in Japan after only a few weeks of practice, adding that it’s “second to none.”