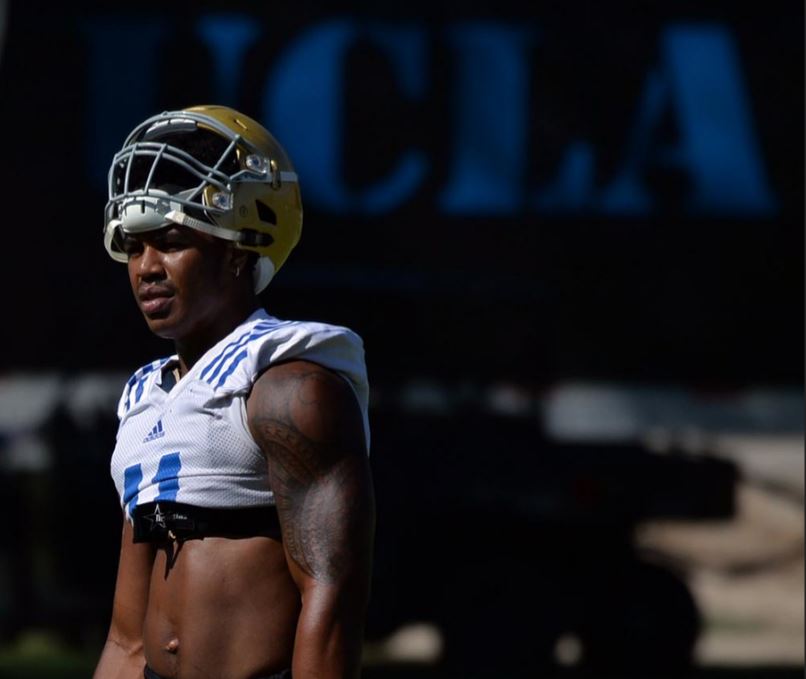 Thomas Duarte was UCLA’s main red zone target last season as he led the team with 10 receiving touchdowns. The hybrid receiver gave up his final year of eligibility in favor of the NFL, which left a gaping 6-foot-3, 221-pound hole in the UCLA offense.

Other than Duarte, no Bruin caught more than five touchdown passes from quarterback Josh Rosen. Jordan Payton was second on the team with five, followed by three from Devin Fuller. Both are now in the NFL.

Of UCLA’s returning receivers, only Darren Andrews and Kenneth Walker III caught a touchdown pass, each hauling in one last year. Running back Nate Starks also caught one last year.

While the entire receiving corps focuses on finding a replacement for Payton, the UCLA leader in career receptions, the tight ends could also help fill Duarte’s production. Tight end Nate Iese emerged as a receiving threat for the Bruins during training camp and could be a good target for Rosen.

“He’s big, he’s athletic,” Rosen said of Iese. “If you were to create a football player in Madden, I’m pretty sure a lot of his physical attributes would be on there.”