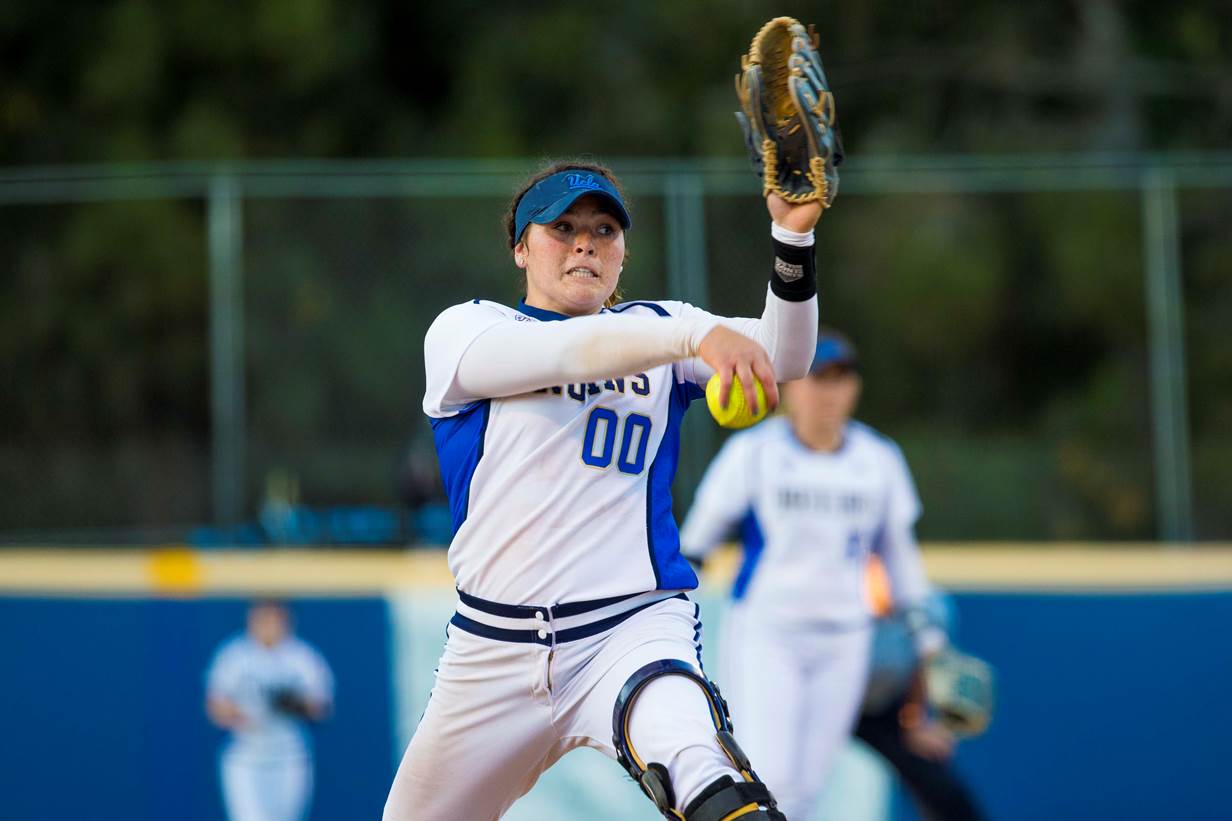 Rachel Garcia was named the freshman of the year by the National Fastpitch Coaches Association on Tuesday. (Photo courtesy Katie Meyers)

UCLA pitcher Rachel Garcia was named the Freshman of the Year by the National Fastpitch Coaches Association (NFCA) on Tuesday after the redshirt freshman ace powered the Bruins to their third straight Women’s College World Series.

After missing her true freshman year with an ACL injury, the 2015 Gatorade National Player of the Year starred for the Bruins in the circle and the batters box. She has a 22-7 record in 182-2/3 innings pitched with 196 strikeouts and 1.92 ERA. In her first postseason games, the Highland High alum pitched her first career no-hitter (against Lehigh in the Regional) and secured two wins in the Super Regional against Ole Miss, including an 11-inning, 232-pitch marathon. At the plate, Garcia has a .327 average with 27 RBIs and seven home runs.

“She was just the injured freshman and now she literally has led this team back to the World Series, the entire team,” UCLA head coach Kelly Inouye-Perez said last weekend after UCLA’s Super Regional victory. “I’m very proud, but I’m not surprised because she has worked very hard. She has a strong work ethic and a strong will and the most important part is she’s a great team player; she gives her teammates all the credit. I think that’s what makes Rachel so special.”

The Bruins play No. 13 LSU in the first round of the Women’s College World Series on Thursday in Oklahoma City.