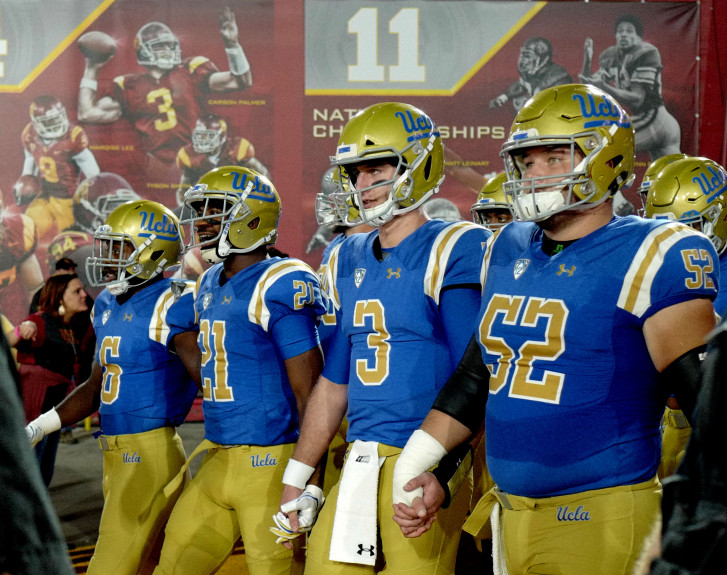 Scott Quessenberry sighs when he thinks about what his last game at the Rose Bowl will be like.

“It’s going to be emotional,” the redshirt senior said.

It’s especially difficult for UCLA’s seniors knowing that Jim Mora won’t be there to send them out of the Rose Bowl tunnel one last time against Cal on Friday.

“He’s one of the reasons why I came 1,800 miles away, from Louisiana, to be a part of this organization,” senior Kenny Young said. “He is a real mentor. He’s a great guy, a great guy at the end of the day. And I wish I could’ve shook his hand and hugged him for my last game.”

UCLA will try to send its seniors off right at the Rose Bowl by earning another game. If the Bruins beat Cal, they’ll be heading to a bowl game.